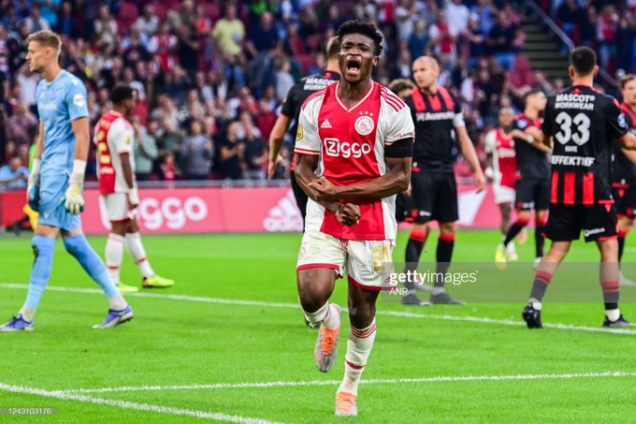 The weekend in Europe and some other parts of the world saw some Ghanaian players flourish for their respective clubs.

Mohammed Kudus, Kamaldeen Sulemana and Joseph Paintsil were all in stunning form over the weekend.

Here’s a wrap of the performances of some Ghanaian players:

Kudus scored twice and won the Man of the Match award in Ajax’s 5-0 win over SC Heerenveen in the Eredivisie on Saturday, September 10. The Black Stars midfielder has been directly involved in five goals in his last three games for the Dutch champions.

In the French Ligue 1, Kamaldeen was on target for Stade Rennais who recorded an impressive 5-0 victory over Gideon Mensah’s AJ Auxerre.

Alidu Seidu and Alexander Djiku both played the entire duration of the game as Clermont and Strasbourg played out a 0-0 stalemate.

Abdul Samed Salis was in fine form once again for Lens in their 1-0 win against Troyes on Friday night.

Abdul-Aziz Yakubu registered his fourth goal of the season as Rio Ave suffered a 3-2 loss against Sporting Braga in the Portuguese top flight. The forward also grabbed an assist in the fixture.

Joseph Paintsil scored his fourth goal of the season in Genk’s 2-1 win over Royale Union SG in the Belgium league.

Having returned to the club this summer after ending his stay in China, Emmanuel Boateng was also on target for Rio Ave, his first goal this season.

Youngster Ernest Nuamah scored his fourth goal of the season for FC Nordsjaelland in their 1-1 draw against Midtjylland in Denmark.

Michael Baidoo netted a brace in IF Elfsborg’s 2-0 victory against GIF Sundsvall in Sweden’s Allsvenkan.

Felix Afena-Gyan made his league debut for Cremonese as they held Atalanta to a 1-1 draw in Serie A.

Jonathan Mensah scored for Columbus Crew in their 2-2 draw against CF Montreal in America’s MLS.

Lawrence Ati-Zigi was in post for his 100th appearance in the Swiss Super League as St.Gallen lost 2-1 against Sion.

DISCLAIMER: The Views, Comments, Opinions, Contributions and Statements made by Readers and Contributors on this platform do not necessarily represent the views or policy of Multimedia Group Limited.
Tags:
Ghanaian Players Abroad