Pitbull responds to Lohan lawsuit – with an invite 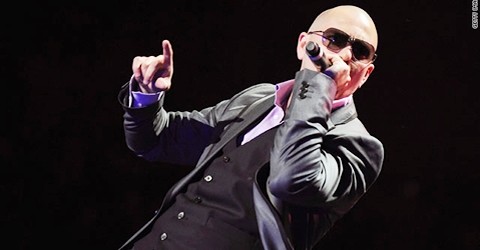 Lindsay Lohan is suing Pitbull for using her name in the song “Give Me Everything,” and the rapper has responded in a surprising way – with an invitation to the VMAs!

Pitbull addresses the lawsuit in a video posted to his website, Planet Pit. In it, the star says he was “very surprised” to find out about the legal action being taken against him, which he first assumed was some type of joke. But interestingly, the rapper isn’t bitter.

Pitbull tells the interviewer that he “supports” La Lohan’s career.

Pitbull adds that the hit song would, if anything, “help someone’s career,” rather than hurt them. “We mention people’s names all the time,” he points out.

The rapper also notes that he finds the lawsuit ironic, considering the “positive” nature of the song and his album.

Pitbull will be performing the song at the VMAs, and “extends an invitation” to Lindsay, saying “hopefully she can come with me… and we can figure this out.”

However, it doesn’t seem like Linds is taking the olive branch. A rep for Lohan tells CNN, “We’re not going to respond to this publicity stunt. You can quote me.”

The rapper may have anticipated Lindsay’s attitude. He says of the suit, “The next step is up to the attorneys, the judges, the courts.”