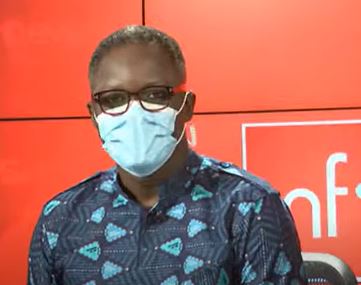 On Thursday, March 4, 2021, the Supreme Court of Ghana dismissed the election petition brought before it by former President John Dramani Mahama.

The 2020 NDC presidential candidate was urging the court to nullify the results of the December 7 polls and order a re-run of the election between himself and the NPP’s Nana Akufo-Addo.

But reading the ruling of the court, Chief Justice Anin Yeboah said the case is being dismissed because it has no merit.

Today on Newsfile, host Samson Lardy Anyenini and his guests took the audience through the verdict and why the petition is said to lack merit.

Earlier, the Audit Service Board had accused Mr. Domelevo of some anomalies in his personal records especially his date of birth and nationality.

While some explanations were given by the latter, the Board insisted that from it’s investigations, Mr. Domelevo is deemed retired.

Based on this, the Presidency made the final call. But the development has since received mixed reactions with the various CSOs describing it as shameful.

The issue was discussed on the show.

Finally, some NDC executives have expressed disappointment in the leadership of the party in Parliament after all ministerial nominees selected by President Akufo-Addo were approved.

They are accusing leadership of betraying the party for personal gains.

In the latter part of the show, the team looked at the approval of nominees and the on-going tussle within the NDC.

DISCLAIMER: The Views, Comments, Opinions, Contributions and Statements made by Readers and Contributors on this platform do not necessarily represent the views or policy of Multimedia Group Limited.
Tags:
2020 election petition
Akufo-Addo
Daniel Yao Domelevo
John Mahama
Newsfile