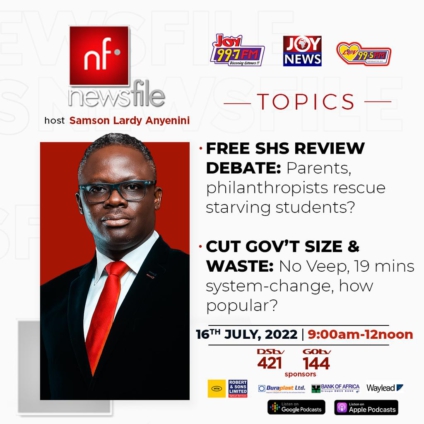 Many have called for a review of the government’s flagship Free SHS programme. According to them, the policy is only producing quantity and not quality students, hence the need for government to reconsider the policy to make it more sustainable.

Another justification for this call is the periodic food shortage experienced in the senior high schools.

But President Akufo-Addo has stressed that the Free Senior High School policy would not be cancelled despite the current economic crisis in the country.

Also discussed on Newsfile was the Majority Leader in Parliament, Osei Kyei-Mensah-Bonsu’s suggestion to reduce the number of ministers of state in accordance with the 1992 Constitution.

According to him, fewer ministers than currently exist will lower the pressure on the public purse.

JoyNews’ Newsfile with Samson Lardy Anyenini and his resource persons, on the back of these developments delved into the debate to identify the way forward.