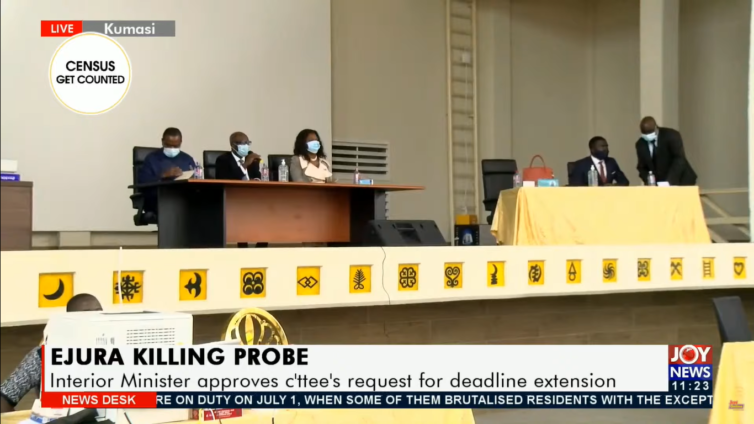 The fourth day of the Commission of Inquiry set up by the Interior Ministry to probe the circumstances leading to the shooting of two persons during a protest at Ejura in the Ashanti Region was held in Kumasi.

Marie Louis Simmons, a principal state attorney is the secretary of the committee.

The Ashanti Region Minister, Simon Osei Mensah, and the JoyNews’ Erastus Asare Donkor appeared before the committee to testify on the first day of the hearing.