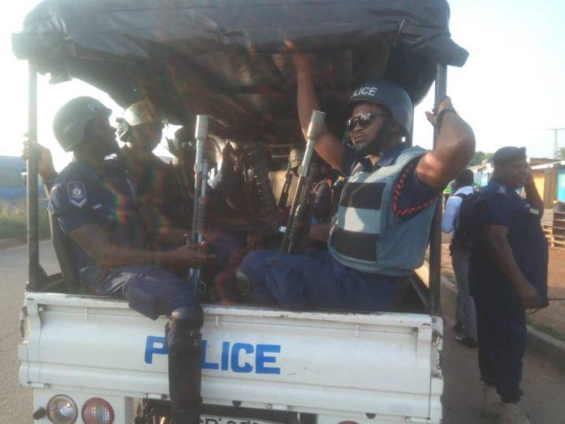 Some agitated workers of the Council of Scientific and Industrial Research (CSIR) have prevented some men from carrying out what they describe as illegal attempt to raze down three bungalows of the institution.

Cantonments Police Command picked up the men who were stopped from carrying out the demolition exercise.

The men in question were reported to have brought an excavator and a document from the Lands Commission to the CSIR property at Labone in Accra to aid the demolition.

However, they were but were barred by the aggrieved workers who believe the private individuals have been emboldened by the government to undertake such exercises.

“We heard that they have people who are seeking to take over government property have been allocated our bungalows while people are staying here.

They stated they will relent until they find a lasting solution to the problem which has left many of them worried.

“Aren’t we Ghanaians working at that place? Aren’t there enough lands around?” he quizzed.

In 2019, CSIR called on government to halt the construction of some 25,000 affordable housing units by the Ministry of Works and Housing, at Pokuase in the Ga West Municipal Assembly.

They stated that the land which belongs to the Council has been used for various research work for more than 50 years to enhance the socio-economic development of the country.