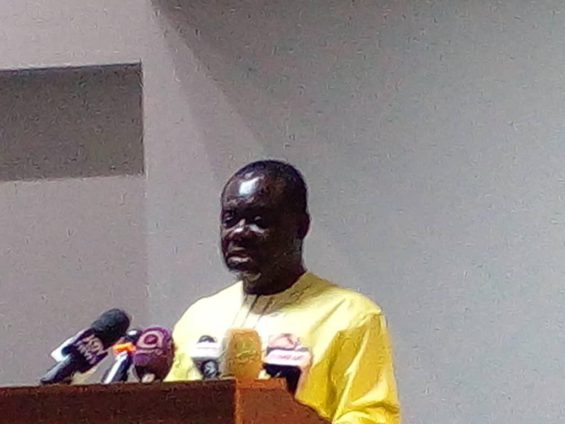 The Minister of Transport, Mr Kwaku Ofori Asiama, has suggested that the Police Administration should have a technology that could verify driver’s licence electronically to stop the Police from ceasing the licences of motorists for days or weeks.

He said the licensing authority and the Police Administration should work collaboratively to have an electronic system to verify licences immediately on the road.

The Minister gave the suggestion at a national consultative forum on Wednesday to review the Road Traffic Act, 2004 (Act 683) and Regulations 2012, L.I 2180, in Accra.

The Minister stated that the Driver and Vehicle licensing Authority (DVLA) was piloting an electronic licence verification system and, therefore, the Motor Transport and Traffic Directorate (MTTD) of the Police Service should have a similar system.

“Don’t let us give any discretion to anybody to cease licences and so we should challenge ourselves to produce a law that will enable the police to check your licence there and give it to you immediately,” Mr Asiama emphasised.

Some participants at the forum agreed with the Minister’s proposal and stated that in this era of digitisation, the database of the National Identification Authority should help in verifying driver’s licence.

They also expressed worry over junior police officers at the rank of a Corporal seizing licences of motorists, instead of Police Inspectors or above, which the law authorised them to seize a driver’s licence.

Early in his welcome remarks, Mr Asiama said, it was time the road industry was regulated and asked all stakeholders to make inputs dispassionately into the proposed amendment to ensure a holistic legislation that could stand the test of time.

The Minister noted that the amendment of the road safety governance legislations was in conformity with international safety conventions and new social trends.

He said the government was retooling the Police Service to enhance the enforcement of the road safety regulations, to minimise the carnage on the road.

Mr Asiama was of the conviction that the road safety reforms would help save lives, minimise indiscipline and fraudulent practices.

The Director-General of the National Road Safety Authority, Mrs May Obiri-Yeboah said the amendment of the road safety legislations would help in addressing road safety management challenges.

Mr Kwasi Busia, the Chief Executive Officer, Driver and Vehicle licensing Authority, said the road transport sector played a critical role in the socio-economic development of the country, adding that, it was imperative to improve the overall road safety management.