Police say it has identified leader of gang that killed NIA senior officer near Saboba - MyJoyOnline.com 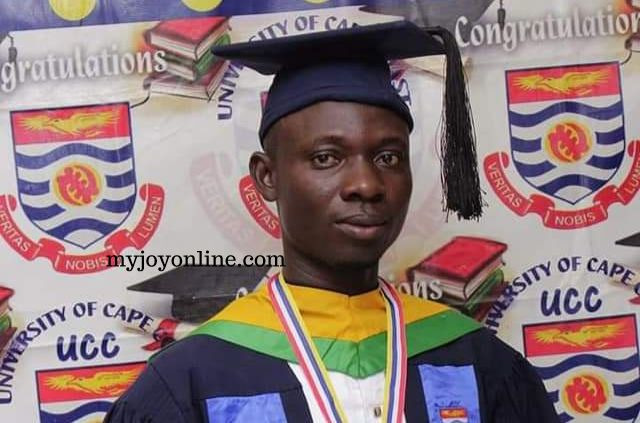 Police says it has identified the gang leader who shot the 31-year-old senior officer of the National Identification Authority (NIA).

The gang leader, Dana Nyogma is alleged to have shot the senior officer leading to his demise.

The senior officer was killed after gunmen attacked a National Peace Council delegation on Thursday at Saboba in the Northern Region living many others injured.

So far, police have identified 12 other suspects who mobilised to carry out the attack.

A Police investigation team from Yendi Division led by the division crime officer, DSP Joseph Quainoo visited Samguli–Labaldo to meet with the family of the 31-year-old deceased to console them.

The team, together with Saboba Police/Military patrol teams with DISEC members of Saboba assured the family of Police investigations to bring the perpetrators to book.

Meanwhile, reports indicate that all suspects have fled the community, but arrest warrants are being sought from the courts to pursue and possibly publish.

Sanguli-Labaldo is currently calm with Police and Military patrols team on the grounds.

Northern Regional Minister Salifu Saeed told JoyNews the attack is linked to an ongoing chieftaincy dispute between two Konkomba rivals in the community.

JoyNews learned the gunmen opened fire at a school in the community where the delegation was to start a meeting with one of the factions.

Reports further indicate that his body has been deposited at a morgue in Yendi.

The deceased is said to have been attending the peace call together with the chairman of a local peace committee delegation, Reverend Father Nicholas when he was shot multiple times by the gunmen and died on the spot.

Their visit to the region was to sensitise the people to avoid violence and embrace peace, as part of a conflict resolution strategy to ensure a permanent ceasefire between two rival chieftaincy factions.

The dispute was sparked in the community some five years ago when members of the community rejected a chief selected by the Yaa Naa.

The Northern Region Minister, however, has urged calm among residents in the community as he says security has been heaved up.