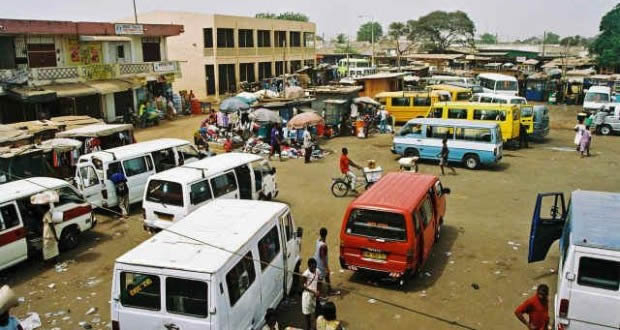 It has emerged that many policyholders with comprehensive insurance cover for their vehicles are now converting them to third party insurance.

This has been triggered by the 300 percent increase in the premium for third party motor insurance which took effect on Wednesday, July 01, 2015. This is also because Comprehensive Insurance as the name suggests, involves cover against damage to the vehicle itself, its owner as well as third parties and so more expensive than the compulsory third party cover.

Underwriting and Marketing Officer at Quality Insurance, Patience Afua Adi-Asani confirmed to Joy Business Editor, Emmanuel Agyei: “A comprehensive insurance client called wanting to know how much he was going to pay for his renewal. After I calculated for him he decided to change it to third party and even with that one he was contemplating because he says the premium is too high. A lot of people want to change from comprehensive to third party because they say there has been an increment so they want the cheaper one.”

Comprehensive Insurance is more expensive than the compulsory third party cover because, as the name suggests, it involves cover against damage to the vehicle, its owner as well as third parties.

A  Broker with Metrix Brokerage, Collins Oppong Gyan explains further: “How much you pay depends on the value of your car. People used to pay between 200 and 2000 Ghana cedis as comprehensive for a year, but with this increase, the third party amount people are paying between 200 and 400 Ghana cedis. So people are switching from comprehensive to do the third party. For the discounts, unless you have worked with the insurance company for long, but now they are expecting the premium to be decreased so that they can actually stay on to the comprehensive part”.

The switch has invariably led to a reduction in the premium for insurance companies – at least for now. There are concerns this could work against strides so far made by the industry regarding patronage of insurance products and services – that is insurance penetration which is still rated below 2%.

Meanwhile, insurance companies started charging the new increases on Wednesday July 01, 2015 after it was suspended for about a month for further stakeholder consultation. This however didn’t happen without some interesting developments just before and after.

For instance, JOY BUSINESS gathered there was a general mad rush for motor insurance cover by policyholders who ostensibly wanted to evade the premium increase which took effect on Wednesday.

Insurance Sales and Marketing Officer, Pami Osei Dapaah, confirmed; “Before the implementation started I would say that it was hectic. Monday we had a lot of people trooping in. Tuesday we had to close around 6:30pm because we had people coming in, with all the clients wanting to do their renewals before the time. We had people having renewals due in September coming in so it was quite hectic. So the rush was between Monday and Tuesday.”

For clients who couldn’t do so before Wednesday, an Insurance Sales and Marketing Officer, Priscilla Baffour Awuah said they had to make special arrangements for such individuals.

“For the client that I served he paid about GHc160.00 as compared to those times when you pay around GHc48.00 and that became an issue. I had to explain to him that the changes have been made to help both of us when it comes to claims. [Due to the increment] they ask for discount so that they pay lower premium. So we decided not to give most of them a full year cover but pro-rate it to about six months so that they can pay,” she explained.

A vehicle owner, Prince Charles Mensah who renewed his insurance was however excited about the discount he enjoyed from his insurance company.

“I’m being given at least a percentage discount of about 45% which I’m very happy about it. If I should pay the whole, though I can pay, it will be so serious. Without the discount I would have been paying 230 Ghana cedis but with the discount I’m paying about 175 Ghana cedis which is very considerable. Now that I’m having a discount, I can use the discount for another thing – example insure another vehicle still,” he noted.