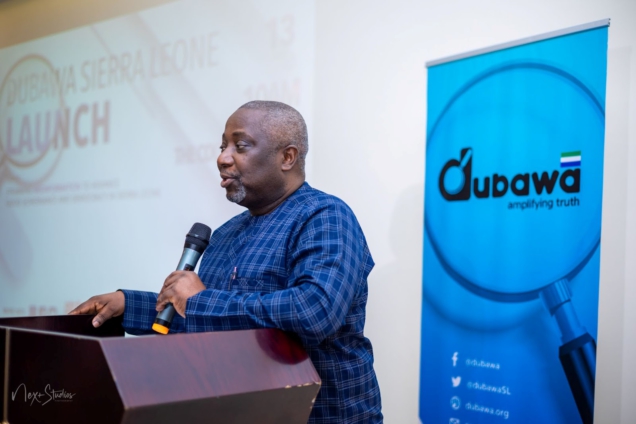 The Centre for Journalism Innovation and Development (CJID), the parent organisation of Dubawa Ghana, has officially launched in Abuja, Nigeria.

This mission, he added, has found expression in many innovative interventions, including Dubawa which is a transnational fact-checking product in Nigeria, Ghana, Sierra Leone, and Liberia.

The CJID, formerly known as the Premium Times Centre for Investigative Journalism [PTCIJ], first announced its name change in a press release on January 17, 2022, where the organisation revealed its new identity and shared its expanded vision for the organisation over the next few years, after operating as PTCIJ for eight years.

“Back in 2014, when the PTCIJ was established, the key idea was to expand the practice of investigative reporting to an exponential level and give journalism a coherent inference as the epicentre of democracy-building in Nigeria,” Dr Tobi Oluwatola, the Acting Executive Director of the organisation, said at the dinner to reintroduce its new name and announce its expanded vision to key stakeholders, funders and partners at the Transcorp Hilton, in Abuja, the current.

“Through our multiple projects in the development sector [agriculture, health, climate change, the extractive sector], cross-sectoral data analytics, and more, we have produced several knowledge products that have been used to expand the capacity of journalists to report on these developmental issues,” he added.

Explaining the organisation’s expansion into West Africa under its new name, the Manager overseeing this, Ms Caroline Anipah said, “The CJID began its expansion into other English-speaking countries in West Africa in 2019. We started with Ghana, and now we are in Sierra Leone, The Gambia and Liberia. We have been contributing to democratic governance and media development in all of these countries. We have been doing this through advocacy, capacity-building and research.”

According to her, through Dubawa, Ghana is beginning to feel the impact of CJID’s media innovation by ruthlessly fighting the canker of fake news in the public domain, especially in traditional and social media.

The event was graced by dignitaries in the diplomatic community, including representatives from different embassies in Nigeria, key stakeholders in improving democratic processes, and top editors from reputable newsrooms in Nigeria such as Mr Musikilu Mojeed from Premium Times, Mr Amzat Ajibola from the International Centre for Investigative Reporting (ICIR), Mr Ahmed Salkida from HumanAngle and many others.

Some of the speakers included; Mr Jude Ilo from the OSIWA Foundation, Ms Tsema Ede from Heinrich-Böll Stiftung, Ms Toyin Akinniyi from Luminate, the representative of the Embassy of France in Nigeria, amongst others.

“All of us coming out here is a testament to the fantastic work that [CJID] has recorded…I think any investment in [CJID] has been a fundamentally positive calculation,” Jude Ilo said.

He concluded by saying, “When the story of the Nigerian media space is told, I am sure [CJID] will have the pride of place and perhaps in 50, 100 years to come, somebody will remember that an organisation took that noble decision to be for the people, to stand for the truth against all odds.”

All activities, projects and interventions implemented under PTCIJ remain valid under CJID and will be continued under the umbrella of The CJID.