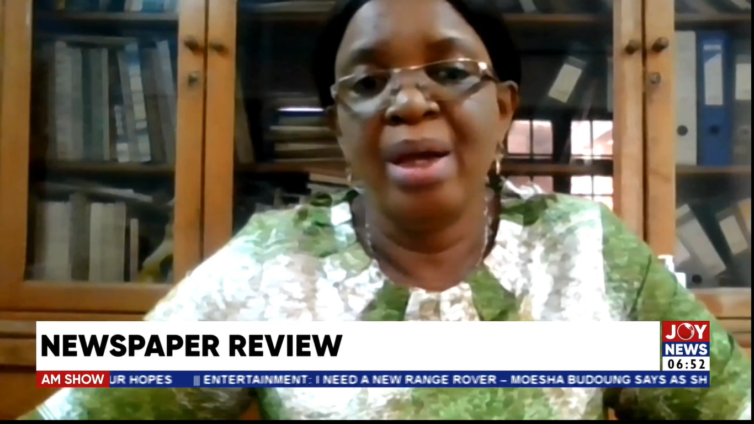 Ghana dropped 30 places in the latest report put together by Reporters Without Borders.

For Madam Hayfron-Asare, the low ranking is due to the government’s indifference toward calls to take action against perpetrators of various incidences of abuse of journalists.

Speaking on JoyNews’ AM Show, on Wednesday, the Media Consultant said, the Association’s silence on these abuses and brutalities is also a contributory factor.

“Media Foundation for West Africa (MFWA) was calling on government to deal with issues with regards to journalists, but nothing was done. Unfortunately, the Ghana Journalists Association was very silent.

“If you heard of any brutality or any harassment of journalists, you didn’t have the Association come out immediately to either condemn or to solidarise with its members. So it’s not surprising that we have fallen,” she opined on Wednesday.

On Tuesday, the Reporters Without Borders released the report to commemorate International Press Freedom Day. It scored Ghana 67.43, placing the country 60th on the index that monitored 180 countries.

It continued that “press freedom is guaranteed by the Constitution of 1992. Media are free to operate as they like, in accordance with the regulations of the National Media Commission.”

The report comes on the back of recent reports that the Ghanaian government has been clamping down on dissent amid claims of a surge in press freedom violations.

Godsbrain Smart of Onua TV was also arrested for an alleged case of extortion, although some have claimed it has to do with his fierce criticisms of government.