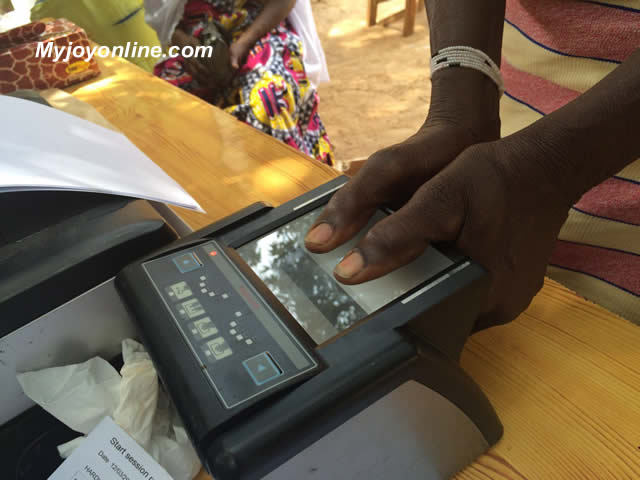 Prospective voters waiting in long queues to be registered in the Sunyani Municipality on Friday appealed to the Electoral Commission (EC) to extend the duration of the on-going Limited Voter Registration Exercise (LVR).

According to them the number of would-be voters wishing to be registered have increased, though the exercise officially ends on Sunday, July 7, 2019.

They attributed that increment to the arrival of Senior High School students who have attained age 18 and now back home on vacation.

When the Ghana News Agency visited the Sunyani Municipal EC registration Centre at 1430 hours, there was a long-winding queue of many potential voters who appeared so frustrated because some of them had been there for three working days but had not gotten the chance to be registered.

In an interview, Ms Priscilla Osei, an apprentice hairdresser, said, “I have been here for three days and have still not been registered due to the huge number of people”.
She pleaded with the EC to extend the duration for the registration to afford any qualified voter the opportunity to be registered.

The Municipal Supervisor of EC, Yaw Badu-Amaniampong, said there is the need for the Commission to extend the duration because of the increase in the number of those wishing to be registered.

He said initially the Centre could register a little over 200 people a day but since Monday, July 1, 2019, more than 350 people were registered daily.

Mr Badu-Amaniampong said the Centre could register that number daily because of the capacity and the competency of the team of registration officials.

He said the agents of the two main political parties, the New Patriotic Party and the National Democratic Congress have been cooperating with them adding that the Centre did not have any challenge except the issue of increasing numbers.

DISCLAIMER: The Views, Comments, Opinions, Contributions and Statements made by Readers and Contributors on this platform do not necessarily represent the views or policy of Multimedia Group Limited.
Tags:
Voters
Voters' register