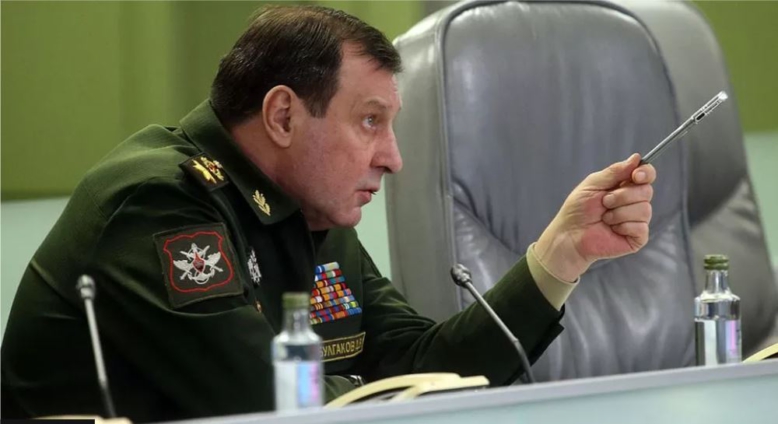 The ministry said the 67-year old was “released” to transfer into a new role.

He will be replaced by Col Gen Mikhail Mizintsev, who managed Moscow’s brutal siege at the port city of Mariupol.

Gen Bulgakov has run the military’s logistics operations since 2008 and was responsible for keeping Russian troops supplied after their deployment to Syria in 2015.

But observers say he has become side-lined in Moscow in recent months, with many blaming him for the chaotic logistics operations that have dogged Russia’s advance and seen their troops left undersupplied.

In recent months, the Kremlin has been forced to approach North Korea and Iran – two of its only remaining allies – for new artillery and drone supplies.

Pro-war figures in Russia have welcomed his dismissal and the appointment of Gen Mizintsev – who was sanctioned by the UK for his role commanding the Mariupol siege – will likely be welcomed by hardliners.

Gen Mizintsev, who was dubbed “the Butcher of Mariupol” by many Ukrainians, also led Russian forces in Syria and was accused of orchestrating a brutal bombing campaign that levelled the city of Aleppo.

The UK foreign office said he had used “reprehensible tactics” and committed “atrocities” in both the Ukrainian and Syrian conflicts when announcing sanctions against the 60-year old in March.

Mr Putin’s personnel changes come amid reports that the Russian leader has taken personal charge of the war effort and has started issuing orders to generals in Ukraine himself.

US officials told CNN that the increasingly “dysfunctional command structure” in Moscow had forced Mr Putin to take a more active role in the war.

Meanwhile, the New York Times reported that Mr Putin had denied his commanders permission to retreat from the southern city of Kherson, where Ukrainian troops are slowly advancing.

Citing US intelligence sources, the paper said that his refusal to consider a pullback had caused a decrease in morale among Russian troops in the city, who are largely cut off from their supply lines and rely on a series of pontoon bridges to be re-equipped.

DISCLAIMER: The Views, Comments, Opinions, Contributions and Statements made by Readers and Contributors on this platform do not necessarily represent the views or policy of Multimedia Group Limited.
Tags:
Dmitry Bulgakov
Russia
Vladimir Putin