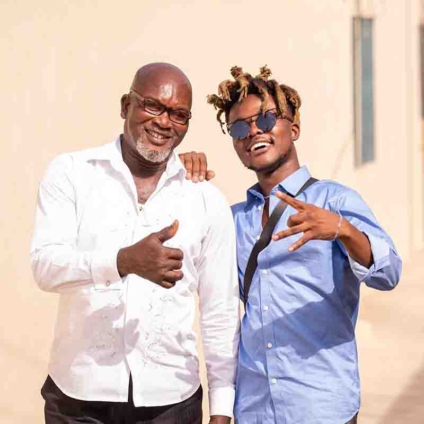 Ghanaian rapper Quamina MP has released a heart-wrenching song as a tribute to his late father.

Both Quamina MP and his father were involved in an accident on the Accra-Akosombo highway. Although Quamina MP escaped unharmed, his dad passed on a few hours after being admitted at the hospital.

In a viral video on social media, the Ghanaian rapper poured his heart out in a song written to his late dad.

Quamina MP in his tribute referred to his dad as “his best friend and nigga.”

“You have been a hero since I was born. How can I lose someone who has helped me like this?” he asked.

Parts of his tribute song state: “You don’t wan’ lef me like this?…If you leave like that I will be sad and lonely. You’re my papa, you are my nigga, you’re my best friend. Why has it happened like this? I no fit replace you.”