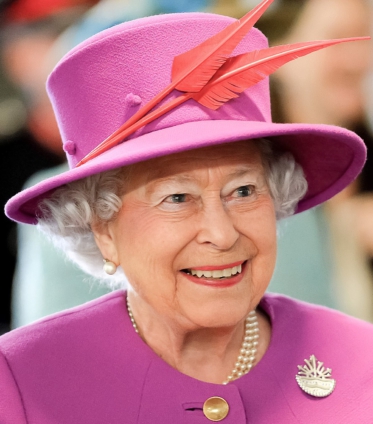 Queen Elizabeth faced a security scare after a man who masqueraded as a priest managed to spend the night at a barracks located less than 500 yards from Windsor Castle with soldiers who guard the British royal.

The guardsmen were reportedly so swayed by the so-called man of the cloth that he was invited to spend the night without presenting any credentials or identifiable documents.

Reports alleged that the man told the soldiers he was a friend of a member of the battalion’s chaplain. He was then reportedly invited to eat, drink and exchange stories with the soldiers.

The incident took place last week when the reigning monarch was at her English countryside estate in Sandringham, which is more than 140 miles away from Windsor Castle.

While the 96-year-old returned last Wednesday, the monarch was not present at Windsor around the reported time that the imposter was removed by police. He was not arrested.

The man, who identified himself as “Father Cruise,” allegedly spend the night and was offered a bed, The Guardian reported. A Thames Valley police spokesperson announced that they received a report of an intruder at Victoria Barracks on Wednesday. They confirmed that “officers attended and removed the intruder from the barracks. No further action was required.”

The barracks are home to The Coldstream Guards, an infantry regiment in the British Army that is known for their red jackets and black bearskin hats. Their responsibilities include the ceremonial role of protecting royal palaces.

“The Army takes this breach of security extremely seriously and it will be thoroughly investigated as a matter of priority,” a British Army spokesperson told Fox News Digital on Tuesday. “This incident is now part of an ongoing investigation and it would therefore be inappropriate to comment further at this time.”

The spokesperson noted that there was no breach of security at Windsor Castle or royal security. The breach occurred in a separate standalone army barracks.

The incident has raised eyebrows given the heightened security ahead of the queen’s Trooping the Colour celebration on June 2. During the highly publicized event, she is joined by other members of the royal family on the balcony of Buckingham Palace to watch a fly-past by the Royal Air Force.

Thousands of tourists are expected in Windsor next month as the U.K. celebrates the Platinum Jubilee, marking the queen’s 70 years on the throne.