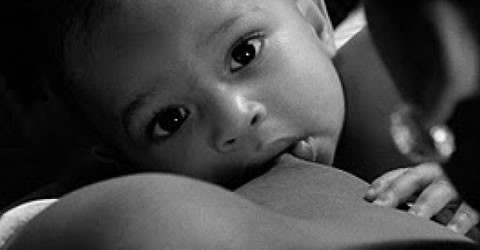 It is often said that education is the surest legacy parents can give to their children.  I agree one hundred percent.  I further believe also that the purest gift of every nursing mother is breast milk.

Putting the baby to the breast from day one through to at least 18 months is the closest bonding between mother and baby.  Plus we are told by experts that breast milk has some of the initial nutrients for early growth.  It always comes at the right temperature and it has all the antibodies to protect the baby.  So, why would any nursing mother want to risk putting her baby on artificial milk?

In a document made available by the Alliance for Reproductive Health Rights (ARHR) or MamaYe Ghana, the World Health Organisation (WHO) has shown through research that children between the ages of six months and two years whose main source of nutrients come from breast milk, and whose diet is supplemented by healthy foods tend to score highly in intelligence tests.

Furthermore, such children are less likely to suffer from obesity and diabetes later in life.  Any wonder that the campaigns by NGOs such as MamaYe who are focusing on maternal and newborn survival in Ghana, are actively promoting that nursing mothers continue to breast feed their babies?

On the occasion of this year’s Mothers Day celebration therefore, it is appropriate to ask how well the Ghanaian mother has responded to the call for breast feeding of her newborn child exclusively for the first six months and ideally for up to 24 months with complimentary feeding.

Years ago, breast feeding was not promoted.  To some, it was for those who could not afford feeding bottles and the artificial milks that were making the rounds.  The good news is that the scales are fast tilting in favour of breast feeding.

In a chat with Dr. Sally-Ann Ohene, a Paediatrician by profession and currently the Disease Prevention and Control Officer of the WHO Country office in Ghana, breastfeeding have made remarkable inroads in Ghana and across the social ladders too.  According to her, the message on the benefits of breast feeding for both mother and baby has intensified over the last 17 years.

Dr Ohene’s assertion is confirmed by evidence made available in the 2011 Multiple Indicator Survey (MICs), carried out across Ghana.  The survey scored breastfeeding in all the regions quite high.

While the Greater-Accra and Upper East Regions scored 99.6 percent each to hit the top as the regions in Ghana where breastfeeding was most practised, the Western Region followed closely by scoring 99.5 percent, Ashanti 99 percent, Northern and Eastern Regions 98.4 percent while the Upper West and Central Regions scored 98.4 percent followed by the Volta with 99.2 and the Brong Ahafo Region with 97.5 percent.

Dr Ohene believes that those who are propagating the message of breastfeeding are doing a good job.  To buttress her point, she said that in some hospitals, they even discourage expectant mothers coming in with artificial milk and rather encourage them to put the babies to the breast right after delivery.

In an environment where one could not guarantee the wholesomeness of the drinking water, a baby stands the risk of diahorrea and other infections being fed with artificial milk prepared with water.

Earlier in a chat with Dr Nana Okai Brako of the Children’s ward of the Korle’Bu Teaching hospital, he minced no words in his advice to nursing mothers.  Dr Brako’s view is that breastfeeding promotes the baby’s immunity right from day one.  He advised mothers that babies fed with breast milk did not require water since breast milk contains not only the right nutrients but also the right quantities of water for the baby.

He further advised for mothers to wash their hands before each breast feeding and ensure that the baby is well positioned and the mouth properly put to the breast for fuller and better sucking.

Malnutrition is said to contribute to over one-third of child deaths in Ghana.  According to a survey by MICs 2011, progress has been made to reduce child stunting from over 30 percent in the 1990s to 22.8 percent in 2011.  This, according to MICs, is an indication that on average, one child in five is not reaching their developmental potential.

We are only a few months to achieve the Millennium Development Goal 4 which is to reduce by two-thirds the under-five mortality rate.  Surely, exclusive breastfeeding has a lot to offer in our quest to get to our goal of 40 deaths per 1,000 live births by 2015.

As we applaud the efforts of care givers particularly at ante-natal clinics and the continued efforts of NGOs such as MamaYe Ghana, the precious advice to nursing mothers is to stick to breastfeeding – a pure gift from mothers to their babies.