Rebecca Tweneboah Darko: What I miss about Stonebwoy’s Ashaiman To Da World; the good and the bad 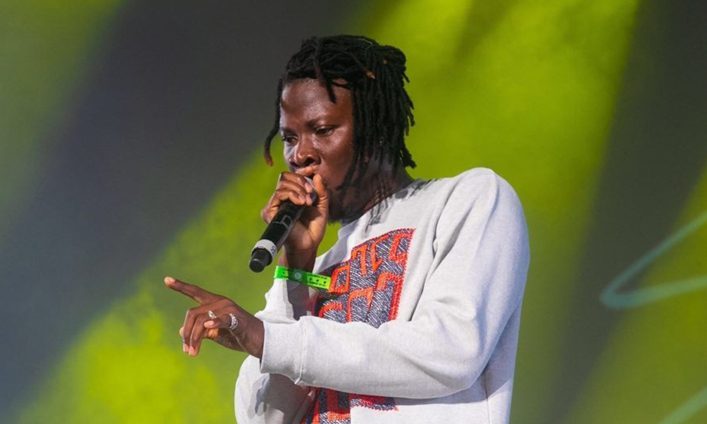 My kid brother, who happens to be a staunch Bhimnative, asked me about which edition of Stonebwoy’s Ashaiman To Da World concerts that I really miss?

I can’t believe Manuel misses the one time I allowed him to attend the sixth edition because I accepted to he was old enough to handle the heat and the crowd without supervision.

His question took me down memory lane from the first edition of the concert. I never miss any Stonebwoy event. The first edition wasn’t at the Sakasaka Park. I recall it being held at a school park in Ashaiman before settling on its present venue.

During my first time at Sakasaka Park, I went with my colleague IB. We got there at 6pm and the place was already crowded with fans waiting in anticipation of the performance of their icon and President, Stonebwoy.

Opportunities were given to up-and-coming musicians to perform, followed by some other billed musicians.

It rained that day but guess what, nobody moved! The crowd was rather charged up. Our camera technician Solomon, sought refuge under the stage with our equipment to protect them from the rain and I joined to protect my wig.

IB’s phone got stolen that night but it was a successful show and we got our content.

The following year, I went alone with a camera technician. I was well prepared in my jeans and sneakers.

Knowing very well that the concert will start at 6 pm and end at 6 am the next morning, I was at the venue by 8 pm.

At that time, we had to force our way to reach the stage area. During this struggle, I had to keep my phone and microphone close to my chest, amidst the fondling of my butt by some bad persons who occasionally spring up with the mindset to abuse and also snatch event-goers’ personal property.

Eventually, we push through every time with the help of Bhim soldiers and policemen who have been constant in protecting and giving the media the space to work.

I miss occasions where some of us would be carried onto the same stage with Stonebwoy just because hundreds of fans are rushing forward to catch a glimpse of him during his opening act.

The passion and love I see in their eyes when they sing along all the songs word for word. The tears of joy were always the highlights for me.

I have always looked forward to Ashaiman To Da World! I miss chasing artistes after their performances for interviews.

One time, Sarkodie told me “I thought my job is hard but for a lady, I think your job is more difficult than mine.”

There was one of the years when Shatta Wale came to perform at the programme for the first time.

Aboozigiiiiii! That night’s crowd was incomparable. Forget Micheal Jackson, I beg. It took hours for Shatta Wale to even climb up the stage!

As for Stonebwoy’s performances, it was always apt. Amid his live band antics, it is as if the emotions and the gratitude for the amount of love from his fans pushes him to do more.

I miss the last one before the Covid-19 pandemic rendered the 2020 edition suspended.

The one with the red carpet and things, you have no idea. This time, I went with my colleagues from Adom TV Sister Sandy, Sandra Akapko, Sara Djosu.

They can testify that the show was massive and very entertaining at the end of the day.

I miss a lot. Sometimes I wonder if Efo Estse Setekla misses the Sakasaka Park as well as his fans do.

DISCLAIMER: The Views, Comments, Opinions, Contributions and Statements made by Readers and Contributors on this platform do not necessarily represent the views or policy of Multimedia Group Limited.
Tags:
Ashaiman To Da World
Rebecca Tweneboah Darko
Stonebwoy