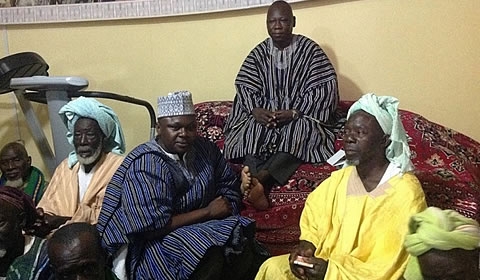 The 2015 edition of the Damba Festiva of the chiefs and people of Dagbon in the Northern Region has been cancelled.

The Regent of Dagbon and Acting President of the Dagbon Traditional Council, Kampakuya-Na Andani Yakubu Abdulai, announced this Wednesday.

In a statement, he said the Damba Festival has been cancelled in the Yendi township.

“The Damba festival cannot be celebrated when the very foundation of the customs and traditions are being destroyed on the basis of convenience and peace, irrespective of its far-reaching repercussions on the Dagbon Kingdom,” the statement added.

The Regent didn’t give any details except to say that “the festival cannot be celebrated when certain fundamental aspects of the customs and traditions have been taken for granted by the powers that be without any justification.”

He, however, said other chiefs in the town under the Dagbon chiefdom are free to celebrate the festival if they so wish.

Dagbon has not known enduring stability and peace since murder of the overlord of the area, Ya-Na Yakubu Andani II, in 2002.

Many attempts to mediate the dispute between the two royal gates – the Abudu and Andani – of the Dagbon Paramountcy, have not yielded the desired results.

One major sticking point is the performance of the funerals rites of two late Ya-Nas – Mahamadu Abdulai and Yakubu Andani.

The Andani Gate is reported to be opposed to the performance of Naa Mahamadu Abdulai’s funeral at the Gbewaa Palace in Yendi.

The Abudu Gate on the other hand, believes the failure to perform Naa Abdulai’s funeral in the Gbewaa Palace is an historical injustice that has to be corrected.