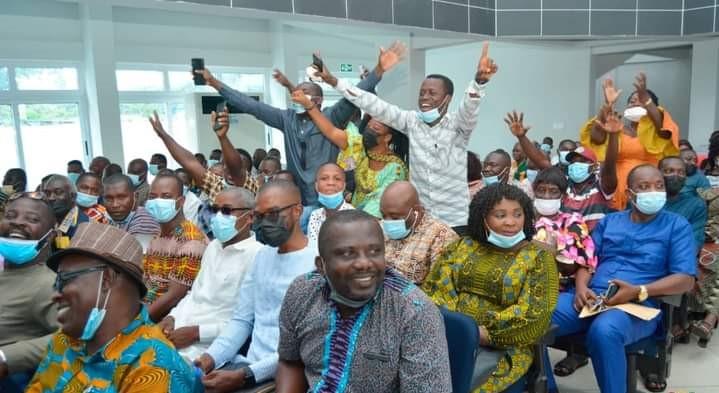 He added that political affiliation should not be the reason a competent person could be denied an opportunity to serve; it was the expectations of the Regional Coordinating Council (RCC) that all the 29 MMDCEs nominees by President Nana Addo Dankwa Akufo-Addo receives 100 per cent endorsement.

Mr Quartey assured Assembly members of an all-inclusive leadership at the local level, adding that he was going to monitor and evaluate activities of the various MMDCEs to ensure Assembly Members got the necessary support they needed at their various electoral areas.

“Confirm for me all the President’s nominees and I will confirm for you the needs in your electoral areas,” he appealed to the Assembly members.

Mr Joseph Korto, National Dean of Presiding Members of Metropolitan, Municipal and District Assemblies of Ghana, commended the efforts by the various Assembly Members in their respective electoral areas and assured them that critical attention would be given to their welfare.

Mr Korto, who is the Presiding Member of Tema Metropolitan Assembly, told the Ghana News Agency in an interview on the side-lines of the engagement that when the confirmation of the nominees delayed, it would stall developmental projects in the communities.

He therefore renewed an appeal to assembly members not to delay the confirmation of MMDCEs.

Mr Korto also advised metropolitan, municipal and district coordinating directors to fast track the processes and get the District Electoral Commission to conduct the confirmation elections within 21 days, as stipulated by the 1992 Constitution.

He explained that residents were faced with developmental challenges within the various electoral areas, saying any further delay in confirming MMDCEs would only have a dire replication on the electorate.
GNA