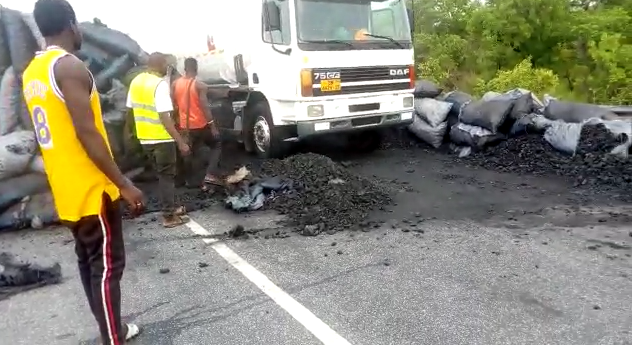 The Upper East Region has recorded 26 deaths and 128 injured out of 105 cases of road crashes in the first half of the year, 2020.

Out of the 26 deaths, three were female and 23 males, all believed to be aged 18 years and above.

Dennis Yeribu, the Upper East Regional Director of the National Road Safety Authority (NRSA), said this at a sensitisation forum organised by the Authority in the Kassena Nankana Municipality, to sensitise residents and stakeholders on road safety regulations.

He said the crashes were usually caused by excessive speed, lack of crash helmets and other irresponsible behaviour exhibited by road users.

Mr Yeribu said the Bolgatanga Municipal, Kassena Nankana Municipal, Bawku East and Bawku West Districts were the accident hotspots, recording 70 per cent of the total accident scenes in the Region.

He said his outfit would continue to organize road safety campaign exercises, especially in those areas to ensure that safety on the roads was taken seriously and the number of crashes reduced.

Mr Yeribu commended the Navro-Pio and other private individuals within the Municipality and stakeholders who had committed their time to help NRSA in ensuring that their mandate was delivered.

The Paramount Chief of the Navrongo Traditional Area, Pe Denis Asagpaare Ballnia Adda II, pledged to support the National Road Safety Authority (NSRA) in its campaign to reduce road crashes in the Municipality.

The Chief urged the people to adhere to road safety regulations and said his office would not interfere in cases of reckless driving that cause problems and end-up with the Police.

He would continue to use his influence to advocate against reckless driving to ensure that road accidents were minimized, he said.