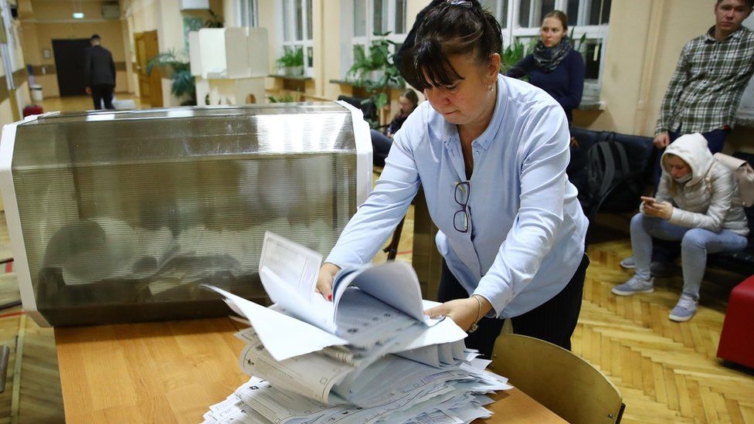 President Vladimir Putin’s United Russia party looks set for another big win in the country’s parliamentary elections, despite a drop in support.

The party claimed victory a few hours after the polls closed on Sunday evening.

Putin’s most vocal critics were barred from running in the election, and candidates who were allowed to stand were heavily vetted.

There have been numerous allegations of ballot stuffing and forced voting.

Initial results showed that with 80% of votes counted, United Russia had won nearly 50%, followed by the Communist Party with about 20%.

A senior United Russia official, Andrei Turchak, said his party would win more than 300 of the 450 seats in the State Duma.

The partial results show that despite Mr Putin’s party easily retaining its majority in parliament, it did lose some ground. In 2016, the party won 54% of the vote.

The Communists, who broadly support Putin’s initiatives in the parliament, saw their support grow by 8%. But their leader, Gennady Zyuganov, has alleged widespread violations, including ballot-stuffing, according to the Associated Press news agency.

But he remains popular with many Russians who credit him with standing up to the West and restoring national pride.