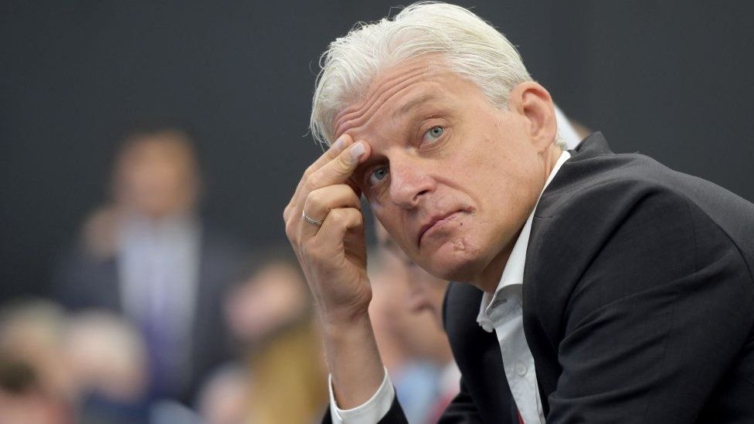 A Russian tycoon has lambasted the country’s “massacre” in Ukraine and called for an end to the “crazy war”.

Oleg Tinkov wrote in a profanity-littered Instagram post that he did not see “any beneficiary” of the conflict.

Mr Tinkov is one of Russia’s most well-known entrepreneurs and founded the global online bank Tinkoff Bank and owned the cycling team Tinkoff-Saxo.

He is also one of the most high profile Russians to publicly condemn President Vladimir Putin’s actions.

Two of the country’s most prominent oligarchs Mikhail Fridman and Oleg Deripaska have made separate calls for peace, but have stopped short of direct criticism.

Mr Fridman, a billionaire banker, has said any personal remarks could be a risk not just to himself but also staff and colleagues.

However, the businessman Boris Mints, who worked for the Russian government in the 1990s but was discharged of his political roles four days after Mr Putin took office, has joined Mr Tinkov in voicing direct criticism of the president.

Mr Mints, who lives in the UK, is the subject of current legal action by the Kremlin. He told the BBC “every right-thinking person has a duty to speak out against this appalling war and Vladimir Putin’s growing authoritarianism”.

“All of us must do what we can to support Ukrainians suffering from this vicious onslaught, whether in Ukraine or as refugees beyond its borders,” he added.

The UK government has sanctioned Mr Tinkov along with many other Russians identified as having close links to the Kremlim. Mr Mints has not been sanctioned.

Mr Tinkov has previously denied having any close relationship with President Putin or the Kremlin.

In his Instagram post, Mr Tinkov said 90% of Russians were against the war in Ukraine and added “morons in any country are 10%”.

“I don’t see a SINGLE beneficiary of this insane war! Innocent people and soldiers are dying,” Mr Tinkov added.

“Waking up with a hangover, the generals realised that they have a shit army.

“And how will the army be good, if everything else in the country is shitty and mired in nepotism, sycophancy and servility?”

Before Russia invaded Ukraine in late February, Mr Tinkov’s wealth had been estimated at more than $4.4bn (£3.4bn).

But he has since lost his billionaire status as shares in his bank have plummeted, Forbes reported last month.

Switching to English in his post, Mr Tinkov wrote: “Dear ‘collective West’ please give Mr Putin a clear exit to save his face and stop this massacre. Please be more rational and humanitarian.”

In a statement, Tinkoff Bank said it would not comment on the “private opinion” of its founder, who stepped down as chairman in 2020, saying he no longer made decisions for the brand started in 2006.

Mr Tinkov, who is not currently in Russia, owns about 35% of Cyprus-based TCS Group Holding, whose stable of companies under the Tinkoff brand span sectors from banking and insurance to mobile services.

He has been described as a “serial entrepreneur” whose career has seen him go from bike racing, to importing electronics, flogging frozen food, brewing beer, issuing credit cards and then back to bike racing as owner of cycling’s Tinkoff-Saxo team.