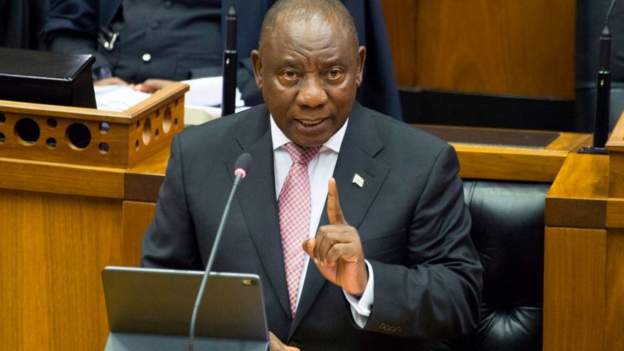 President Cyril Ramaphosa’s spokesperson has taken leave of absence after her husband was implicated in the corruption scandal.

Khusela Diko has denied any wrongdoing. She has been replaced by Tyrone Seale while investigations are ongoing, a government statement said.

Local media report that Ms Diko’s husband was involved in tenders to supply personal protective equipment to the health department of Gauteng province.

Civil society groups have said the couple should not have been doing business with government. The couple said that the tenders were subsequently cancelled, according to reports.

President Ramaphosa last week signed a proclamation authorising Special Investigating Unit (SIU) – an independent body accountable to parliament and the president – to investigate any allegation of corruption on Covid-19 funds.

South Africa has been worst-hit by the pandemic in the continent, confirming nearly 450,000 cases.