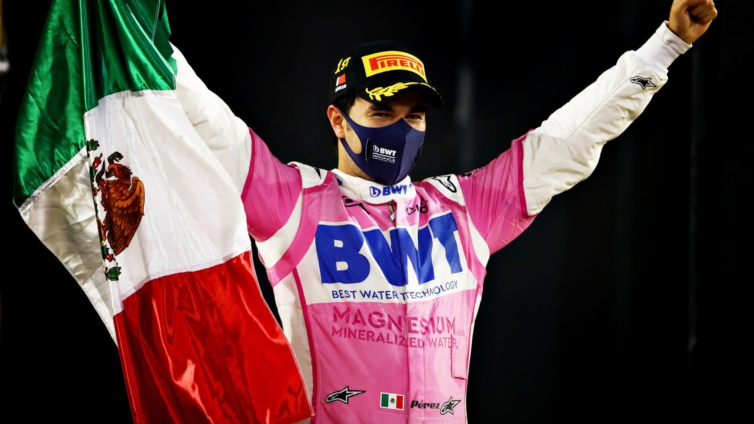 Racing Point’s Sergio Perez took his first Formula 1 victory in the Sakhir Grand Prix as Mercedes fumbled what should have been a debut win for George Russell.

The 22-year-old Briton, standing in for Lewis Hamilton after the world champion contracted coronavirus, was on his way to an accomplished victory before a late-race safety car.

Mercedes did not have to pit their cars, but chose to do so in what was intended to be a safety decision.

But they put the wrong tyres on Russell’s car and then could not fit a new set to that of his team-mate Valtteri Bottas, who had to have his old tyres fitted back on to his car.

Russell had to stop again the next time around to fit a correct set, and the Mercedes were now down in fourth and fifth places, Bottas ahead.

Russell could still have won the race, but a puncture when he was trying to chase down Perez sent him to the back. He carved his way back up to ninth for his first F1 points, but that will be scant reward after such drama.

It was a remarkable drive by Perez, who had to pit at the end of the first lap after being hit by Ferrari’s Charles Leclerc at Turn Four.

But the Mexican, who does not yet have a seat next season, drove a superb race, carving up through the field and was set for a brilliant third place before Mercedes hit trouble.

DISCLAIMER: The Views, Comments, Opinions, Contributions and Statements made by Readers and Contributors on this platform do not necessarily represent the views or policy of Multimedia Group Limited.
Tags:
Formula 1
Sakhir Grand Prix
Sergio Perez