Salisu was ‘not good enough’ for Southampton in Tottenham defeat – Hasenhuttl 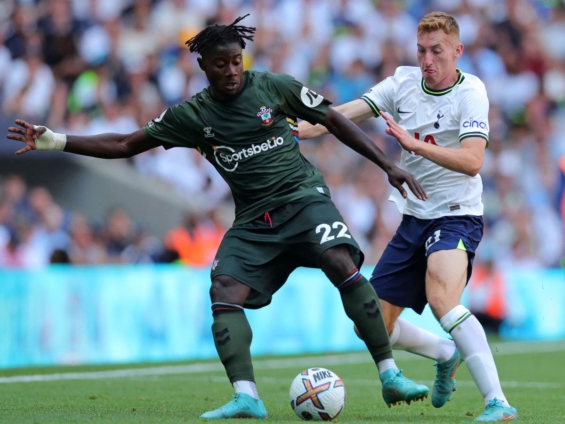 Southampton manager, Ralph Hasenhuttl, says Mohammed Salisu was far from his best during the 4-1 defeat to Tottenham Hotspur in the opening week of the English Premier League.

The Saints blew an early lead against Spurs in London, and the 23-year-old Black Star was at fault for the third goal.

James Ward-Prowse gave Southampton a well-deserved lead, but Spurs quickly raced into a 2-1 halftime lead with goals from Ryan Sessegnon and Eric Dier.

The Ghana international netted an own goal in the second half despite being in a position to clear the threat with his right foot. Dejan Kulusevski then sealed the victory.

“This is individual quality,” Hasenhuttl told reporters afterwards as quoted by HampshireLive. “Like with the first goal where Kyle [Walker-Peters] is not there to stop the cross. In situations like this normally we cannot concede a goal here.

“It’s easy [for Salisu] to clear with the right foot here. This is simply not good enough at this level.”

Hasenhuttl has also attributed the team’s performance collapse to Salisu’s own goal, which he believes ended the game.

“Not the reaction we wanted from the new team. It’s not about changing the shape, it’s about not conceding the third goal. The own goal in the second half was what killed the game,” Hasenhuttl told Southampton’s website.

“It’s always tough to defend against such teams, last year we conceded two goals and scored three so we have to have a balance of how deep we are sitting. In the end, we have a lack of quality in every part of our game. In every team, they show you what you are missing.

“The first goals we conceded it was a good comeback from the opponent, it left them very strong and then in the second half we tried to change it a little bit to get a little bit more pressure up front but it wasn’t enough for us.”

The Saints are back in action next weekend when they host Leeds United in their second game.