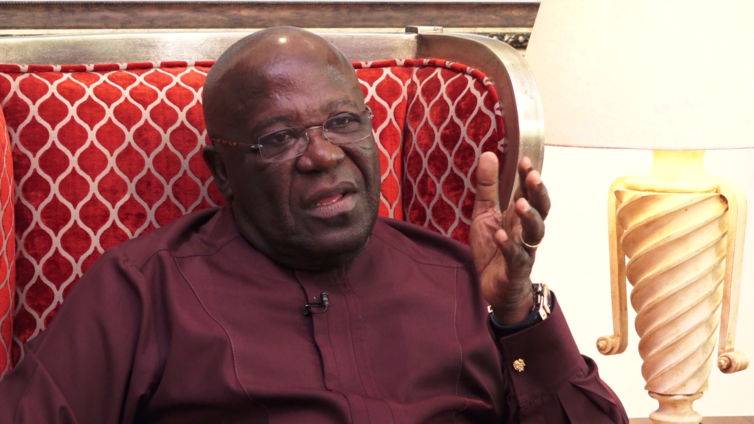 The Board Chairman of the United Bank for Africa (Ghana), Kweku Awotwi has touted the dynamic and exceptional leadership skills exhibited by business mogul, Sam Jonah when he was at the helm of affairs at the Ashanti Gold Fields, now AngloGold Ashanti.

Speaking on a yet-to-be aired episode of Ghana’s Great, Mr Awotwi who used to serve as the leader for the firm’s Business Development and Strategy team stated that the statesman was resourceful, goal-oriented, and resolute when [Sam Jonah] was Executive President.

He believed that Mr Jonah is a true leader who puts people first in all his undertakings.

According to Mr Awotwi, the business magnate’s greatest legacy is grooming a generation of young Ghanaians who are now giants in various sectors.

“He believed that we could work our way through issues and I think that was very important in terms of getting things done. He was loyal to us as his management team and we were loyal to him,” he stated.

Mr Awotwi also described his former boss as a revolutionary who challenged the status quo and broke the race barrier that existed.

“Sam came to Ashanti and broke the barriers that existed between the foreigners and the locals. He really empowered our local workforce; he provided training and sent them out and really changed the face of Ashanti in a way that had never been done before,” he added.

The full episode of Ghana’s Greats airs on Joy FM on Monday, July 19 at 8:20 am and subsequently on JoyNews.

Ghana’s Greats is a documentary series that tells the stories of phenomenal leaders and the immense achievements of personalities in the country.

The JoyNews initiative is to acknowledge outstanding leaders who have contributed immensely to the development of Ghana.

DISCLAIMER: The Views, Comments, Opinions, Contributions and Statements made by Readers and Contributors on this platform do not necessarily represent the views or policy of Multimedia Group Limited.
Tags:
Kweku Awotwi
Leadership
Sir Sam Jonah