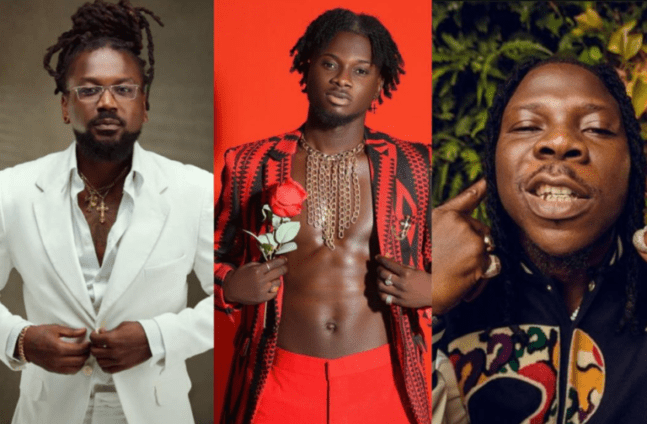 The musical touch to MTN Ghana’s 25th-anniversary celebration is expected to hit a high note as the telecommunication giant hosts three of Ghana’s hottest artistes at its annual Nine Lessons and Carols.

Highlife act Kuami Eugene and Reggae/Dancehall musicians Samini and Stonebwoy are headliners for the show expected to be held online on Friday, December 10.

The event, which is also part of activities marking MTN’s celebration of this year’s Christmas festivities, will be streamed live on Facebook and YouTube (MTN Ghana) from 7:00 pm.

MTN’s Viva Voices Choir and the silky smooth singer Adepa Zela will complete the exciting line-up of performers on the night.

The show organisers promised the event have expressed the hope that the event will ignite the widespread celebration of the birth of Jesus Christ in Ghana.

According to a statement issued on Facebook by MTN connected to the show, the telco said the event will be a true joy to the world.

“Join us for great performances from Samini, Stonebwoy and Kuami Eugene as we celebrate the birth of Christ in grand style,” the organisers stated, inviting its patrons and the general public to savour the star-studded show.

In the last few weeks, MTN has held a number of musical events to mark its 25 anniversary. The shows included the MTN Hitmaker All Stars Concert, which featured Kuami Eugene, KiDI and a host of past winners of the popular music talent hunt show, Hitmaker.

Another show was the MTN Stands in Worship gospel show with Obaapa Christy, Joe Mettle, Celestine Donkor, and others.

DISCLAIMER: The Views, Comments, Opinions, Contributions and Statements made by Readers and Contributors on this platform do not necessarily represent the views or policy of Multimedia Group Limited.
Tags:
Kuami Eugene
MTN Ghana
Samini
Stonebwoy