Samson’s Take: Treat citizens right before they show they have real power - MyJoyOnline.com

Samson’s Take: Treat citizens right before they show they have real power 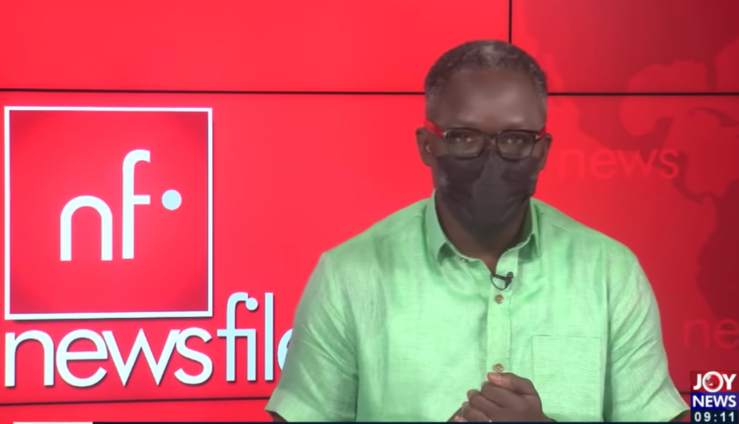 I spent much of the week helping the RTI Commission with its weeklong activities to mark the UN international day for universal access to information. The Commission, which by its first ruling sent a signal it was going to uphold peoples’ right to information, now has its first office, in Accra.

It was encouraging to hear the sector minister Kojo Oppong Nkrumah announce that over 500 officers have been recruited and they have been waiting to process your request for information. Even more refreshing, were issues stressed by the Chairman, Justice K.A. Ofori Atta and Executive Secretary Yaw Sarpong Boateng that information in the public interest should be supplied free of charge as commanded by the law.

Information requested by the class of people stipulated in section 75, including the poor and persons with disability is also free of charge, and where fees must be paid, it must not exceed the exact cost of reproduction such as cost of photocopy. The Fourth Estate which has been producing high quality stories in its short life, has made over 30 RTI requests so far. The RTI Act is the mother of all anti-corruption laws. Let’s make good use of it in hope of securing the country we desire for ourselves and children. Visit www.rtic.gov.gh.

A CDD survey released this week confirms what majority of Ghanaians have desired and preferred for a long time now – election of MMDCEs on non-partisan basis. 7 in 10 people – 76% of citizens want DCEs elected and 71% insist the elections must be non-partisan. We have always known this – citizens told the Constitution Review Commission this is their preference.

President Akufo-Addo’s preference for partisan elections was very unpopular and so he was forced to suspend the referendum in December 2019. If this is a true democracy, the 20% who want partisan elections will stop insulting the intelligence of the majority who repeatedly and consistently insist on non-partisan election of MMDCEs as done in countries like Uganda, India and Canada.

The President wanted a costly process to have the entrenched article 55(3) amended in a referendum to remove the prohibition of political party involvement. The fact is, all that was really necessary was for a cheap process of having the non-entrenched article 243(1) of the Constitution amended by MPs to take the power of appointment away from the President.

NEDCO, VRA and Police, if you suspect someone has connected electricity illegally, follow the sections 93 and 94 procedures in the Criminal Procedure Act and go gather the evidence to collect your money and prosecute them. You do not have power to go ransacking homes in the absence of residents and whipping them in the name of punishment.

The supreme law of Ghana, the Constitution, commands in articles 14 and 19 that suspects including someone you caught red handed committing an offence must be presumed innocent unless he pleads guilty or is found guilty by the court. The accused, the Constitution requires ought to be given adequate time and facilities to conduct his defence either by himself or through a lawyer.

It instructs in mandatory terms in article 15 that a person arrested, restricted or detained shall not be subjected to torture, cruel, inhuman or degrading treatment or punishment or a condition that detracts or is likely to detract from his dignity and worth as a human being. It is the military and local authority guards that are often in breach of these basic laws.

What will make a police officer whip a suspect in handcuffs? That the suspect is handcuffed means he has either submitted to arrest or has been subdued and there is therefore no justification for use of force. It is wrong to resort to lawlessness to fight lawlessness in an established democracy. Do you see why the people in Tamale have a measure of support for their violent reaction against your lawless conduct? Always remember that people power has always toppled the power of the gun. You have our support when you act lawfully. That’s your legal light. That’s my take.
Samson Lardy ANYENINI
September 2, 2021 Issue #33