Scars of Ghanaian migrants after near-death experience in Gulf States 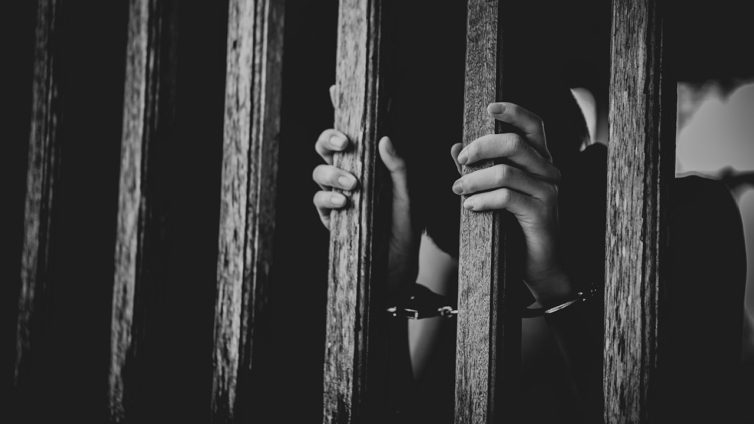 Serwah Dufie, a 25-year-old Ghanaian migrant to the Gulf States, said she reflects the grim and chilling picture of the horrors female migrant workers endure in the Gulf States.

“This is just a minute aspect of the horrifying nightmare facing those who fly in search of the ‘Arab’ dream.

But this reality only strikes many young girls lining up the departure halls of the Kotoka International Airport waiting to make that trip to the Gulf States,” she added.

She is not alone. Mariam Ashietu, a returnee from Saudi Arabia, said when she sat in a plane en route to Saudi Arabia a year ago, thoughts that ran through her mind was she was finally going to achieve her dream of a good life.

She was promised a lucrative job and goodies by her agent that will enable her to write off all her life struggles.

No, it wasn’t. It was far from the rosy life she was promised. Ashietu just added to the high statistics of female migrant workers who are maltreated and abused by their caretakers in the Gulf States.

It further showed that Kuwait and Saudi Arabia were the destinations for more than 4,000 of them, while the remaining figure was distributed among Iraq, Qatar, Lebanon, United Arab Emirates (UAE), Bahrain and Oman.

This is what is on the books of the authorities, but, there are many out there whose details are undocumented.

Maria again. She said long hours of working were the least of her troubles while working in the Gulf States. She claimed was sexually harassed every day till she could take it no more.

“I broke her leg while trying to avoid being raped by her caretaker’s son,” she lamented.

The law is supposed to protect the vulnerable irrespective of your jurisdiction. But, when Mariam run into the police in Saudi Arabia and told them about her near-rape experience, they rather dragged her to a deportation centre and held her for two months. They condemned her for not allowing herself to be raped.

Mariam is not the only one with a painful story is to tell. It’s an experience many victims don’t like to share.

Akosua, 20-year-old thought an opportunity to work in the Gulf States will enable her to fulfil her dream of accessing secondary education.

Akosua’s brother forced and lured her to accept an offer to travel to Saudi Arabia. She abandoned her well-paying job to embark on the journey. But, looking back now she has regrets.

To understand why she doesn’t want to talk about her dark experience in Saudi, I ask her what memory continues to startle her. Akos is haunted by maltreatment and abuses many of them suffered at the hands of their caretakers. It’s terrifying, she said.

Unable to endure the ordeal and long hours of work with little food to eat, she absconded from her slave master’s house. But, she rather ends up in the hands of a man who wanted to sexually molest her. Akosua’s savior became her unending nightmare.

This is the worrying dilemma thousands of Ghanaian migrants go through, especially in the Gulf region, including Kuwait, Qatar, Iraq and Saudi Arabia.

A study by the US Department of State in 2013 estimated that globally the number of people trafficked on annual basis ranges between 600 and 800 million. Ghana is no exception in this statistics.

Is it a challenge of lax security at the airports or how do these girls make it to the Gulf States when the bilateral agreement that made it easy to travel to the Gulf region has been cancelled?

The Chief Protocol at the Ministry of Foreign Affairs Dr Joseph Agoe blames middlemen popularly known as ‘goro boys’ aid the girls to get around the system.

And one person who was in hurry to go outside was 28-year-old Fedelia Adjetey. She is also a Saudi returnee. She is currently unemployed.

In a multi-coloured straight dress, sad lines form on her face as she recounts her story. She fell for the sweet lies of good life when she goes to Saudi Arabia. It was however torture.

She was virtually living a life of a prisoner. A life she never dreamed of when her agent first talked her into the idea. She never expected to be greeted by such condition. She was often locked and maltreated.

Clearly, many of these girls went there with the expectation of better jobs. But, the inhumane treatment from their employers made reality dawns on them. They were pursuing illusive dreams.

Director for Centre for Migration Studies at the University of Ghana, Dr. Delali Badasu, argued that the practice can be made unattractive if immigration is tightened.

Fedelia is one of such girls. Her justification for travelling was to seek greener pastures to cater for her two children. Her spirit was crushed, but, a near-death experience she encountered is one moment she would not forget.

Stories by these victims push me to infiltrate the ring of these syndicates that specialize in trafficking teenage girls to Gulf States. I track an international child trafficking syndicate operating from Mamobi in Accra.

This Arabian whose name we are withholding for security reasons is looking for girls who are slim and between the ages of 18-22. He promises to provide free accommodation, travel documents, passports and juicy jobs in Dubai, Kuwait, Malaysia and Saudi Arabia. So his mode of operation is to scout for girls at pubs and urges them to help him recruit girls from the hinterlands.

Each girl, these agents are able to get, he pays them 200 cedis per head. So he has individuals at the passport office who work on these vital documents for these girls.

The kingpin had arranged for some girls they intend trafficking to the Gulf States to take their medicals. So we laid surveillance to monitor their movements at Mamobi.

These girls were taken to an uncompleted house where they had a nurse to take their blood for testing.

They intended camping the girls and get them out of the country. They had an official from the passport office on standby to assist this Arabian fake birth certificates and passports for these girls. While they are at it, we swoop on them.

This is but a little success over this trafficking syndicate. The Gender and Social Protection Ministry is looking to formalize the activities of agents who aid these girls to the Gulf States.

How this policy will protect girls from abuses is another issue for debate.

Foreign Affairs Minister Shirley Botchwey wants the abuse of on young migrant girls condemned by authorities in the Gulf region. Her plea is for them to punish caretakers who maltreat these girls.

This may sound like rhetoric in the ears of many of these girls who have suffered crude treatment at the hands of their caretakers in the Gulf States.