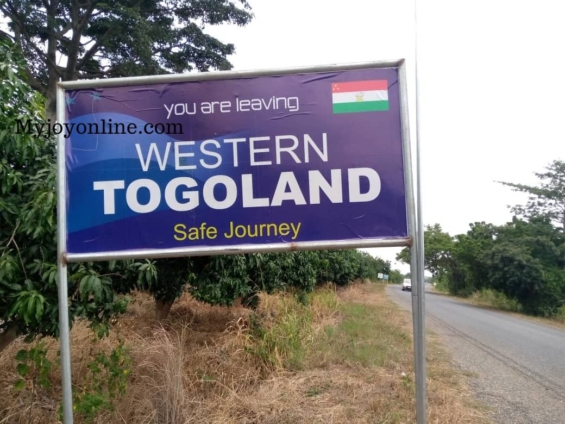 Some armed men believed to be members of the Western Togoland secession group have reportedly attacked the Aveyime and Mepe Police Stations in the North Tongu District of the Volta Region.

A group of armed men in the early hours of Friday forcibly took over both stations simultaneously, overpowered the police officers, broke into the armoury, and made away with all the weapons.

“They naked the police officers on duty, took their weapons, and locked them in the cells before breaking into the armoury,” said an eye witness.

The group at Mepe after hoisting a Western Togoland flag joined their colleagues at the Aveyime Police Station, seized two police vehicles, and injured an officer.

Eye witnessed accounts detailed that one of the vehicles was driven away by the armed men.

The group numbering about 50 reportedly made of locals from Mepe, Aveyime, Battor, and surrounding communities, were later chanting war songs and jubilating their successful operations.

They, however, absconded from the station before daylight to prevent them from being identified.

The Western Togolanders also used heaps of sands to block the Mepe-Sege road and the Accra-Ho road at Juapong, preventing the flow of traffic.