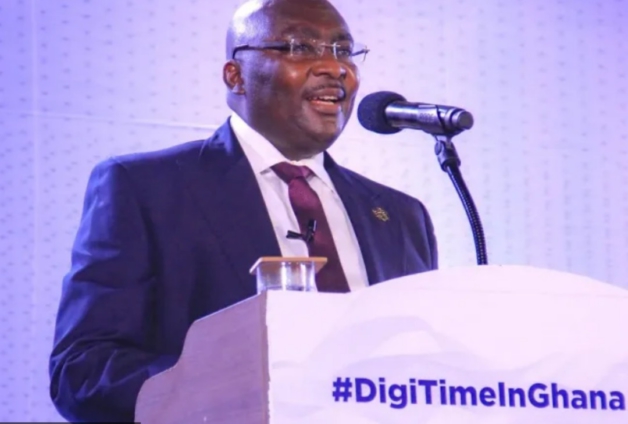 Former President John Mahama has joined calls for Vice President Dr. Mahamudu Bawumia to step down as the Chairman of the Economic Management Team.

According to Mr. Mahama, the decision by the government to seek an International Monetary Fund bailout should be sufficient grounds for Vice President, Dr. Bawumia to resign or be forced to step aside.

Addressing a retreat for the Minority Group on Sunday, he stated that the leadership deficit in the Akufo-Addo government is responsible for the economic mess experienced by the country.

He added that the country’s “ability to meet our debt service obligations remains tenuous with Ghana ranked as the country with the second highest likelihood of debt default in the world after El Salvador.”

Mr. Mahama said amid this gloomy outlook, “those responsible for the mess refuse to exhibit contrition and sobriety.”

“One of the key architects of the failed policies and mismanagement that have led to our economic downfall and suffering, found it necessary a couple of days ago, to put up a public display that verged on the ridiculous and comical. In a government where honour and responsibility are respected, the Chair of the Economic Management Team that has thrust us into this crisis would have stepped down or dismissed.

“In fact, the very idea that this government has requested for an IMF programme would have been sufficient reason for him to go in view of all the unenlightened propaganda he dabbled in against our IMF programme of 2015. Rather, he has chosen to show a gaping deficit in leadership attributes by making untenable excuses and seeking to shift blame onto the government that left power almost six years ago and which had no role to play in the poor policy choices that have delivered these disastrous outcomes,” he stressed.

He also attributed the worsening debt situation to reckless election-related expenditure, mismanagement, ineptitude, and lack of proper leadership being demonstrated by the current leadership of the economy.

Mr. Mahama stated that the governing party has exhibited that it cannot resolve Ghana’s economic crisis.

“Our present economic situation stems from reckless election-related expenditure, mismanagement, ineptitude and lack of proper leadership. The highest form of irresponsibility is to shift responsibility to others, and irresponsible leaders are simply not worth the mandate of the people.

As a result, Mr. Mahama urged the Vice President to honor and accept responsibility by resigning.

His comments follow claims by Vice President Dr Mahamudu Bawumia that government inherited an ailing economy from the National Democratic Congress (NDC) in 2017.

According to Dr Bawumia, the prevailing difficulties can be attributed to the “quadruple whammy” the government faces – excess capacity payments, banking sector crisis, Covid-19 and the Russia-Ukraine war.

He said two of the four factors – the excess capacity payments and the banking sector crisis – were inherited from the previous administration.

But in a reaction to this, the 2020 flagbearer of the NDC accused the government of making unwise decisions and engaging in “ridiculous and comical” public displays.

“All our neighbours were also affected by Covid-19 and exist in the same world in which the Russian-Ukrainian conflict is raging.

“Almost none of them have anywhere near 30% inflation, double-digit deficits, the kind of debt we have, or a debt to GDP ratio of around 90%. None of them has a higher risk of debt default than we do,” he argued.