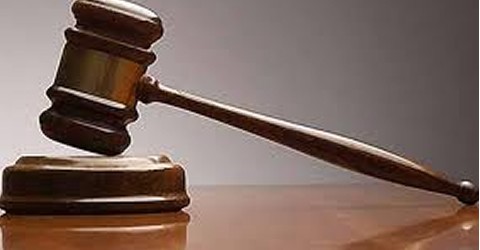 The Kumasi Metropolitan Assembly (KMA) Circuit Court has granted bail in the sum of ¢80,000 with two sureties to a self-acclaimed car dealer in Kumasi, who allegedly defrauded a driver.

Iddrisu Musah, the accused, had told the driver who is the complainant in the case that he would sell to him a second hand Kia grand bird truck.

He is alleged to have collected an amount of ¢78,000 being part payment of the total cost of the vehicle, valued at ¢240,000 but never produced the car.

He pleaded not guilty to conspiracy to commit a crime and defrauding by false pretences.

The Court presided over by Mary Nsenkyire adjourned the case to December 5, 2019.

Assistant Superintendent of Police (ASP) Felix Akowuah, prosecuting, told the court that the complainant is a driver and during the month of October 2018, the accused informed him of the sale of ‘home used’ Kia grand bird trucks at Bekwai roundabout, in Kumasi.

He said the accused then took him to a garage where the complainant saw four Kia grand bird trucks on display, each with the face value of ¢240, 000.00.

The Prosecution said the complainant became interested and agreed to buy one of the trucks and made a down payment of ¢78,000 to the accused promising to pay the remaining amount in the shortest possible time.

He said the complainant visited the garage and found to his utter surprise that, all the trucks showed to him by the accused person, were no more on display for sale at the garage.

Mr Akowuah said upon discreet inquiries the complainant realized that the vehicle showed to him, did not belong to the accused, but the garage owner, who had sold them out.

The prosecution said the accused later lied to the complainant that he has imported the same brand of vehicles, which would arrive in the country very soon and pleaded with the complainant to exercise patience for the vehicles to arrive.

However, this claim was later found to be false and the accused was then arrested by the police after the complainant made a report.

He admitted the offence in his cautioned statement during police investigations and was subsequently charged and arraigned.