Self-love foundation calls for legislation on menstruation to stop discrimination 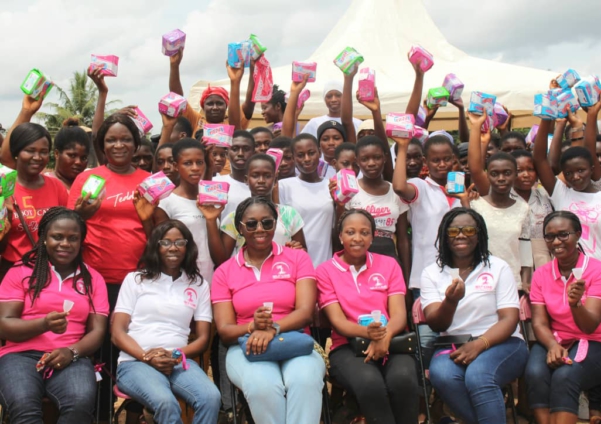 An Obuasi-based non-governmental organization, Self-love Foundation, has called for a legislation on menstruation to protect women from discrimination in the society.

According to the group, lack of bathing facilities and effective means of managing menstrual hygiene, has affected the girl child.

Speaking at a sensitization program, Hannah Sarpong, an official of the NGO said, “it is worrying to find out that some girls and women are barred from accessing certain facilities in some parts of the country when they menstruate. It also constitutes an infringement on their fundamental human rights”.

Self-love Foundation believes there is a clear need to continue campaigning to reduce taboos about menstruation.

Madam Hannah Sarpong revealed that, “to put to bed myths and taboos surrounding menstruation, there is the need for a shift in discussion targeted at having legislation on menstruation as part of human rights. Chiefs, religious leaders and Members of Parliament have to be involved in the subject matter to make things right”.

The theme for this year’s World Menstrual Hygiene Day is, “Making menstruation a normal fact of life by 2030”.

The President of the NGO, Hillary Ekuoba Gyasi said, “the organization has over the years been at the forefront of advocacy, which is essential in the quest to demystify issues about menstruation and make it a natural bodily process.

The President of Self-love Foundation revealed that they decided to celebrate World Menstrual Hygiene Day with the people of Binsere in order to focus education on the rural areas.

To improve access to Sanitary pads, Miss Ekuoba Gyasi called on the government to reduce taxes on sanitary pads to make it affordable for the less privileged in the society.

She also called for the use of Menstrual caps which are affordable and last longer.

Madam Sally Osei-Tieku, a Midwife at the AGA Health Foundation said “parents have a role to play in educating their girls on safe menstruation. It is unfortunate most parents shirk their responsibilities by leaving the education on menstrual hygiene to only the teachers. As they say, charity begins at home so parents should teach their children how to observe menstrual hygiene.”

Officials of the NGO also presented sanitary pads to school girls and members of the Binsere community.

DISCLAIMER: The Views, Comments, Opinions, Contributions and Statements made by Readers and Contributors on this platform do not necessarily represent the views or policy of Multimedia Group Limited.
Tags:
Menstrual Hygiene
Self-Love Foundation