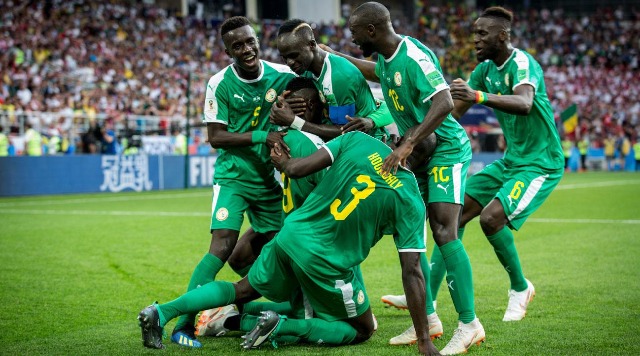 Group C action kicks off with a match between Senegal and Tanzania in Cairo. The Lions of Teranga find themselves in a tough group with fellow African powerhouse Algeria, therefore, a winning start is imperative.

Yet to ever win the Africa Cup of Nations, favourites for this year’s trophy Senegal will need a strong start if they’re looking to break the jinx and win the tournament for the first time.

Tanzania, on the other hand, are making their first appearance at the tournament in 39 years. With so little expectation, the Taifa Stars could provide some stiff competition.

Senegal: Aliou Cisse’s men are unbeaten since losing to Colombia at the 2018 World Cup in Russia as they are still yet to lose a match in their last seven matches and they have won each of the last six whilst keeping a clean sheet in five of those matches.

Tanzania: Despite defeating Uganda at home 3-0 in their last qualifier, Tanzania are without a win in their last 11 away games, while they managed to only score in just four of them. The Taifa Stars will need to sort out their feet away from home if they’re to stand a chance in Egypt.

Team news: Who is available, injured or suspended for Senegal vs Tanzania?

Senegal will be without their star man Sadio Mane who has scored 16 goals hitherto for the Terenga Lions. The forward registered 26 goals across all competitions last season to help Liverpool claim the Uefa Champions league and ended up as the Premier League’s joint top scorer.

The 27-year-old has been suspended for the game following accumulated yellow cards in the qualifiers.

Nonetheless, Aliou Cisse is still expected to parade a formidable team for their opening encounter.

Cisse has insisted that his side can cope without his star player Mane, with the likes of Inter Milan forward Keita Balde, Everton’s Idrissa Gueye and Napoli’s Kalidou Koulibaly expected to start the match.

“It is better to play with Sadio Mane. Now that he is not here, we will have to adapt to his absence. We have 23 players who are able to do the job and do the job properly. It’s the national team that’s important,” he said.

“We are not in a dynamic of negative thinking. We work to win and we work to make good results. And, as I said, the negative aspect is not part of our way of seeing things and our thinking,” he added.

Tanzania have no injury worries ahead of their encounter with the West Africans and will hope their star player Mbwana Samatta who scored 20 goals for Genk last season will sparkle in the game as they aim to outwit the Terenga Lions.

Coach Amuneke believes his side can reach the knockout stages of the competition but admitted that Aliou Cisse’s men will be very dangerous opponents, even without their key forward Sadio Mane who is suspended for this match.

“Of course we’re playing in a tough group, but we’ll do our best to qualify for the second round,” Amuneke said.

“I don’t think that Senegal will be weaker without Mane, he’s a big player but they have other great players and are a big candidate to lift the tournament.

The Teranga Lions and the Taifa Stars have faced each other just once, ten years ago and back then Senegal narrowly won by 1:0