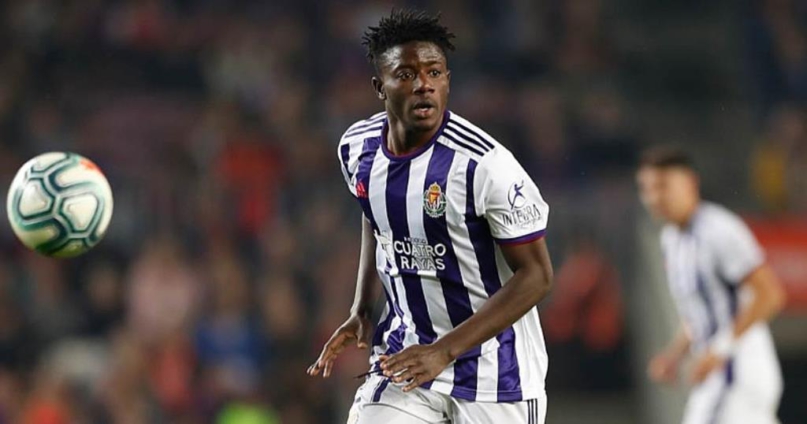 Seasoned football coach and scout, Ebenezer Sefa, is urging the Ghana Football Association (GFA) to set timelines for defender Mohammed Salisu to decide on playing for the Black Stars.

Salisu is regarded as one of the best young defenders in Europe having made an impressive start to the current English Premier League season for his club, Southampton.

However, all attempts to get him to play for the Black Stars have been futile so far, with the centre-back rejecting a call-up to even feature at the 2021 AFCON in Cameroon.

The Southampton defender has received the call up from four different coaches of the Black Stars since 2019 and has refused to honour all the invitations.

Touching on the issue in an interview on Luv Fm, Coach Ebenezer Sefa called on the GFA to set a deadline date for Salisu to play for the senior national team.

According to Coach Sefa, if the young enterprising defender fails to avail himself on the due date, the country should leave him out of any call-ups.

“At least we still have more months before the World Cup. If he’s ready to come and play fine, if he’s not ready we should have confidence in those who are there. I’m not saying we should drop our pursuit of him but there should be a limit. There should be a time limit. If by May when we start our AFCON qualifiers, if we play Angola and that young man has not made up his mind, we should forget about him and concentrate on those who are ready to play because from that time to November when the World Cup starts, we need to focus,” he said.

Coach Sefah, who has worked as a scout for some junior national teams and big clubs in the country, says though Ghana needs quality players for the World Cup, Salisu will not be the first person to reject his country.

“I mean Ginola never played for the French National team after he was dropped by Gerrad Houllier; Cantona did not play again for France after then coach Henri Michel dropped him for misconduct. And these were quality players,” Coach Sefa emphasized.

Ghana is expected to start the 2023 AFCON qualifiers next month having been paired in Group E alongside Madagascar, Angola and Central African Republic.