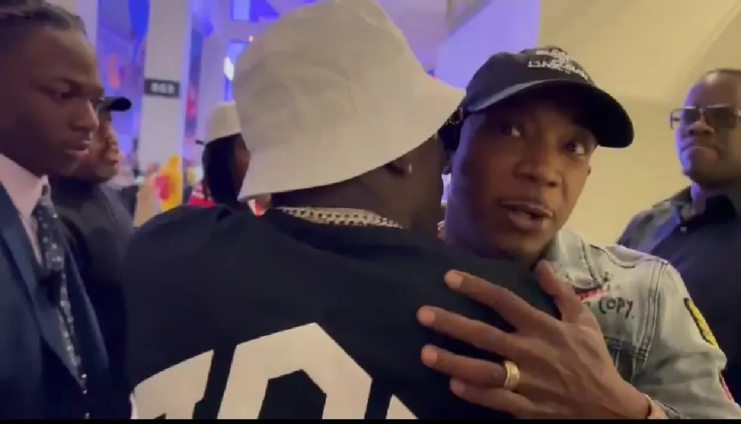 Dancehall artiste Shatta Wale seemed to be spreading his network as wide as possible.

The musician was seen linking up with American rapper Ja Rule in Newark, New Jersey.

Shatta Wale was at the celebration party held for the newly elected Mayor of Newark Ras Baraka at the world-famous Prudential Center.

In a video posted online, the Dancehall artiste and the rapper exchanged pleasantries and hugged.

They talked till Ja Rule had t go on stage to perform with the promise of catching up later.

Meanwhile, Shatta Wale has reportedly been in the US to finish his much-anticipated album Gift of God which is expected to have some international collaborations.

The artiste was in the state to also shoot some music videos for the songs.