Shell plans to move headquarters to the UK - MyJoyOnline.com

Shell plans to move headquarters to the UK 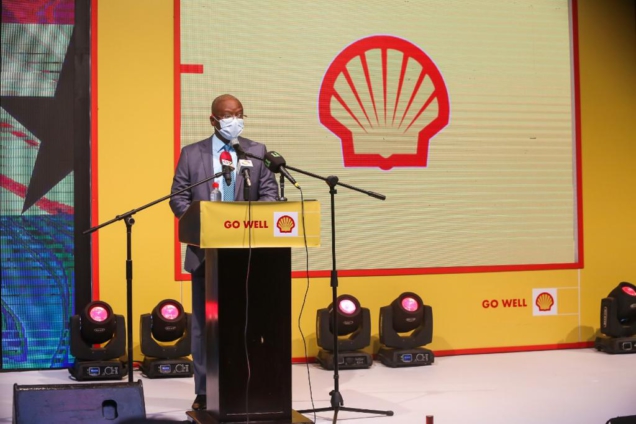 Royal Dutch Shell has announced a plan to move its headquarters to the UK as part of proposals to simplify the company’s structure.

The oil giant will ask shareholders to vote on shifting its tax residence from the Netherlands to the UK.

It also wants to do away with its dual share structure in favour of just one class of shares to boost “the speed and flexibility” of shareholder payouts.

Business and Energy Secretary Kwasi Kwarteng welcomed Shell’s announcement, tweeting that it was “a clear vote of confidence in the British economy”.

The Dutch government, however, said it was “unpleasantly surprised” by Shell’s proposal.

Stef Blok, economic affairs and climate minister, said: “We are in a dialogue with the management of Shell over the consequences of this plan for jobs, crucial investment decisions and sustainability.”

Royal Dutch Shell’s structure is pretty complicated. The company is currently registered in the UK, but its headquarters are in the Netherlands.

There are two different types of shares – effectively a Dutch share and a UK share – and this affects the way payments to shareholders are taxed.

Now, under pressure from an activist investor, and facing huge change as the world moves away from fossil fuels, the company has decided it is time to simplify further. The move is designed to make payments to shareholders easier, while Shell says it will also help it to transform its business.

But whether intended or not, this is also a deeply political move. If the proposals are adopted, Shell will no longer be “Royal Dutch” – and questions are being asked in The Hague about the extent to which the new company will be Dutch at all.

The company said: “Shell is proud of its Anglo-Dutch heritage and will continue to be a significant employer with a major presence in the Netherlands.

“Its projects and technology division, global upstream and integrated gas businesses and renewable energies hub remain located in The Hague.”

The decision to simplify Shell’s structure comes after Third Point, a US activist investor, recently bought a stake in the company and suggested the business should be split into two firms, according to the Wall Street Journal.

Third Point told Shell in a letter it should split itself into “multiple standalone companies”, one of which would house its legacy oil and gas business while another would contain renewable energy.

In an interview with the BBC earlier this month, Mr van Beurden dismissed Third Point’s proposal. He said that while Shell could transition to net zero by 2050, the move to greener energy could only be funded by oil and gas.

Shell has been incorporated in the UK and had a Dutch tax residence – as well as the dual share structure – since 2005.

The changes also mean the company will drop “Royal Dutch” from its title and be renamed Shell. This element dates back to 1890 when the Royal Dutch Petroleum Company was formed. That company merged with the UK’s Shell Transport and Trading Company in 1907.

“Carrying the Royal designation has been a source of immense pride and honour for Shell for more than 130 years,” Shell said.

“However, the company anticipates it will no longer meet the conditions for using the designation following the proposed change.”

Shell said the simplified share structure means it would be able to “accelerate” shareholder distributions through, for example, share buybacks.

The company announced a $2bn (£1.5bn) share buyback in July and will distribute an additional $7bn from the sale of its Permian Basin oilfield in the US.

“Aside from the fact that the shares they hold will no longer come with a ‘Royal’ designation, this new alignment won’t change much for investors,” said Laura Hoy, an equity analyst at Hargreaves Lansdown.

“The long-term growth story for Shell still rests heavily on the oil price. For now, buoyant oil prices are keeping the group’s cash coffers topped up. However, with the inevitable shift to more sustainable energy picking up steam we suspect the need to invest in greener operations will keep a lid on what the group can pass on to shareholders.”

Shares in Shell rose by nearly 2% on Monday morning. The company said its shares would continue to be listed in Amsterdam, London and New York

Shareholders will vote on the proposals at a meeting on 10 December.