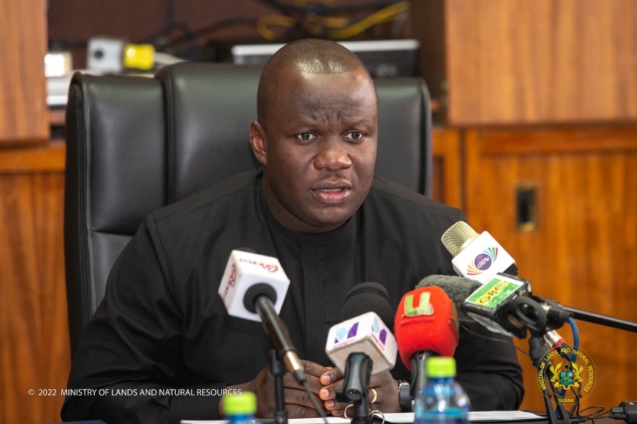 The Minister for Lands and Natural Resources, Samuel Abu Jinapor, has advised that operators of small scale mining in the country must be treated with tact.

According to him, despite the activities of illegal miners, licensed small scale miners contribute significantly to Ghana’s economy hence a cautious approach must be employed in addressing the challenges plaguing the sector.

Speaking on JoyNews’ Newsfile on Saturday, he disclosed that based on available statistics, small scale mining contributes 40% of Ghana’s local gold produce.

In view of this, he admonished that even though illegal mining (galamsey) has unfortunately crept in the small scale mining sector, efforts to eliminate ‘galamsey’ must be carried out in a manner that does not affect proceeds from the sector.

“A good deal of work has gone into this matter of small scale mining; and we have been dealing with this matter from a two-pronged approach. From a reformative approach and the law enforcement approach; which is that, while you’re enforcing the law, you must also put in place a regime that makes that sector sustainable’, Mr Jinapor noted.

The sector minister also added: “You don’t want a situation where you also roll out an enforcement regime that literally kills the sector completely, which will mean you’ll lose income which will jeopardize your economy”.

Mr. Jinapor made these comments, while contributing to a discussion on measures to adopt in dealing with ‘galamsey’ in Ghana.

In this regard, he stated that his outfit has taken note of all the previous suggestions on the issue, and will continue to work with stakeholders to address the challenges.

In a related development, the Managing Director of the Ghana Water Company Limited (GWCL), Dr. Clifford Braimah, has advocated the involvement of the Water Resources Commission in the fight against illegal mining in Ghana.

Also speaking on NewsFile on Saturday, he explained that, the Water Resources Commission is a critical agency, whose mandate cannot be ignored if the fight against ‘galamsey’ will succeed.

“I think that for us to be able to fight this menace, Water Resources Commission must be strengthened adequately to give them the necessary power to do what they have to do, and then resource them adequately”, he stressed.

The issue of galamsey has become topical in recent times, following the arrest of notorious kingpin, Aisha Huang.

Her latest arrest rekindled the conversation about illegal mining and the complicity of government officials in the act.

They will however appear in court on September 27.