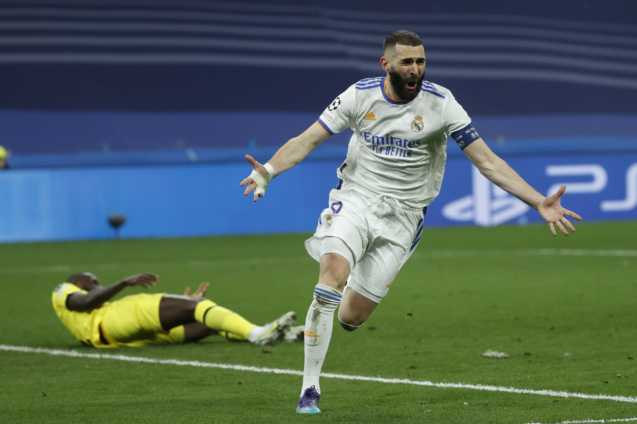 Chelsea’s victory against Real Madrid on a night of high drama at the Bernabeu Stadium was not enough to sustain their hopes of retaining their reign as European champions.

Thomas Tuchel’s side were outstanding throughout and Timo Werner’s clever finish from an angle put them ahead for the first time on aggregate and within sight of a place in the semi-finals.

Benzema, who had earlier headed against the bar on a rollercoaster night, was unmarked when he scored to break Chelsea’s hearts after Rudiger slipped inside the box.

In the end, Chelsea, who played superbly, were made to pay for their first-leg performance as Tuchel’s side just fell short of producing one of the great comebacks in the competition.

Social media has been reacting to the development.

Manchester United fans watching this game and having the nerve to tease Chelsea is soo laughable. 😂😂😂

It hurts, but we'll be back stronger. 💛 pic.twitter.com/ldWFlylTds

Seriously though, it must hurt being a Man United or Arsenal fan watching Chelsea go toe to toe with Real Madrid tonight. Says a lot about how much your sorry teams have sunk. Sad indeed!

Reece James is absolutely incredible, I was in awe by his performance. Says a lot that Karim Benzema asked for his shirt after the game.

Chelsea Football Club, that is one of the best 90 minute performances I’ve ever seen from you. What a game, what a team.

Karim Benzema after scoring the winner for Real Madrid 🥺 pic.twitter.com/zuNKRjT3fE

Thomas Tuchel: Real Madrid is one of the toughest opponent in the history of UEFA but tonight we as Chelsea will dismantle their defense and qualify.
Ancelloti: Chelsea???😂😂 pic.twitter.com/dClK84P9g2

Time to be proud for Chelsea. Top performance, incredible reaction and again credits to Thomas Tuchel. Almost two months with no ownership and under sanction – never easy. 🔵 #CFC

… and what a player, Toni Rüdiger. More than a centre back. Pure leadership. pic.twitter.com/QSBLI4Qd0i

DISCLAIMER: The Views, Comments, Opinions, Contributions and Statements made by Readers and Contributors on this platform do not necessarily represent the views or policy of Multimedia Group Limited.
Tags:
Chelsea
Read Madrid
Social Media