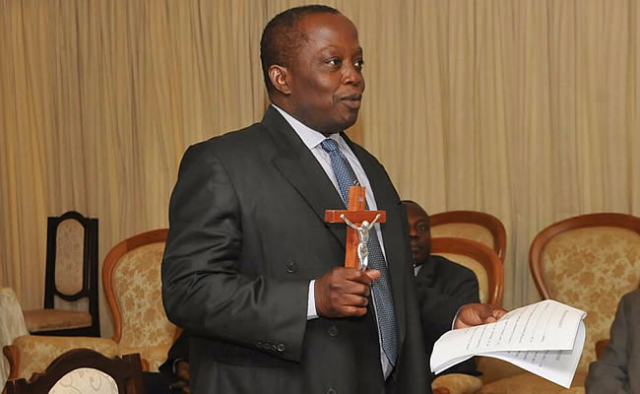 The Supreme Court Wednesday morning granted all the reliefs sought by pressure group, OccupyGhana, in respect of the Auditor-General's powers of disallowance and surcharges.

According to the Court, the Auditor-General must issue disallowance and surcharges in respect of all state monies found to have been expended contrary to law.

The second relief granted by the Court is that the Auditor-General must take steps to recover all amounts lost to the state, and this covers private persons.

The Attorney-General has also been ordered to ensure enforcement of the orders including criminal prosecution where necessary.

OccupyGhana has been waging war against the lethargic attitude of Auditors-General whom it accused of not applying the law and protecting the public purse.

Every year, the Auditor-General makes serious findings of many instances of misapplication of colossal amounts by public office holders.

Sometimes the public officers make admissions before the Public Accounts Committee of Parliament but none is ever held accountable or punished.

OccupyGhana has argued strenuously that the Auditor-General has the power to disallow expenditures which are not in conformity with the law and to surcharge those responsible.

The group engaged the Auditor-General demanding him to apply the law and recover the billions that went into the drain but the then Auditor-General didn't appear willing or capable of doing this.

The court Wednesday granted all the reliefs.

It further ordered the Attorney-General to take steps to prosecute persons found to have misapplied public funds.

Joy News' Joseph Ackah-Blay who was in court reported that members of OccupyGhana who were in court expressed excitement after the judgment was read by Justice Sophia Akuffo.

They believe the court's decision will be applied to retrieve public money misappropriated by public office holders.