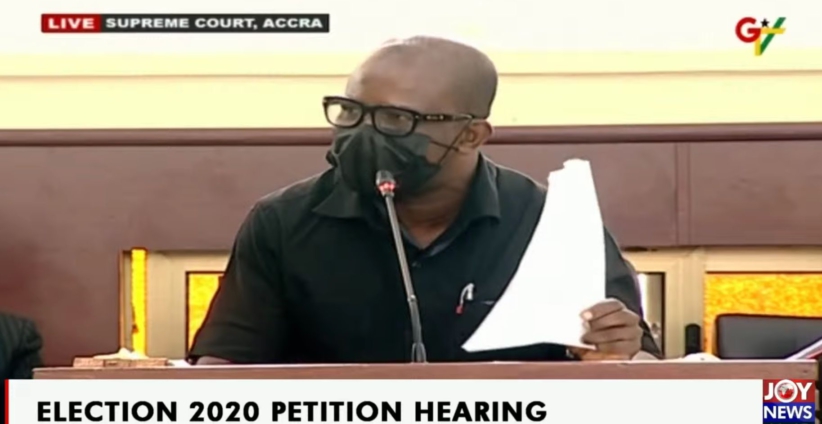 The second witness for former President John Mahama in the 2020 Election Petition trial, Dr Michael Kpessa-Whyte, has levelled fresh allegations against the Supreme Court for its determination of the case.

He has stated unequivocally that the Court was afraid to objectively decide on the matter, adding that the Justices who presided over the hearing are fallible like every ordinary person.

He said the manner in which the apex court dealt with the petition has given Ghanaians reasons to have no confidence in the judicial service.

“I think to put it blank, the Supreme Court was afraid, the Justices over there are ordinary Ghanaians like anyone of us, and I think that we must be bold, especially after the verdict, to tell them as we feel that they haven’t done justice to that matter and they have not in anyway arrested confidence of Ghanaians in the judiciary,” he divulged in an interview on Prime Morning, Wednesday.

He added, “If anything at all, whatever confidence was left was basically dissipated by the very decision that they took in the manner in which they did.”

Dr Kpessa-Whyte criticised the rationale behind the Electoral Commission (EC) being prevented from mounting the witness box during the Court’s sittings.

The Senior Research Fellow at the Institute of African Studies (IAS) stated that the Commission’s recent press briefing was misplaced.

“It was necessary [for the EC to mount the witness box]. A law that flies in the face of common sense is a law that does not promote fairness and justice.

“We are dealing with our democracy, it is not about Party A or Party B but it is about making sure that we build confidence and trust in our institutions,” he added.

He indicated that the sustainability of Ghana’s democracy is being threatened by the current posture of the electoral management body.

“It is problematic to see that the EC and its officers appear to be the only people praising themselves. I am particularly concerned also because the Electoral Commissioner, as the main actor in the elections, should not be the one telling Ghanaians that this was the freest or that was the most cost-effective elections.”