Tears of Joyful Ghana: Ever been kissed by a mosquito? - MyJoyOnline.com

Tears of Joyful Ghana: Ever been kissed by a mosquito? 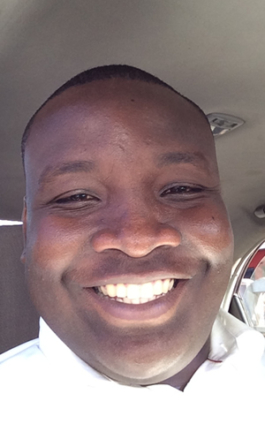 I used to think a sting from a mosquito could be so easy for any typical Ghanaian to take.  It is not, as I have quickly come to realise.

Etsiridii as my kinsmen call it, malaria can make you move from a strong energetic man to an apology of a boy in minutes.  But that’s the end result of a kiss from a female mosquito.

Puzzled that I call it a kiss rather than a dangerous sting?

Allow me to explain.

From elementary school, we were all taught the cause, symptoms and effect of the tropical disease, malaria. We used to laugh about it.

How can a small insect crush men with energy and a strong immune system? I would ask. Uncle Rex said to me “small child”. And it didn’t take long to realise it was indeed a question best answered only by an personal encounter.

My mother gave me stick everytime I return from playing soccer with the boys in the hood at Buokrom Estates in Kumasi. She abhored the insanitary conditions in which I played.

With her imposing physique and her laser-lit eyes, she will roll out her fury but in an interesting way: Papa! Papa! She’ll call twice and I will respond before her soft call turns into a thunderous shout.

Holding my shoulder gently she’ll say ‘Memmp3 d3 ey3r- d3m etsiridii no oma ey3 mobor dodow (you want to get sick huh? This malaria makes you look so helpless everytime you get it) and after these words with a soft voice, her grip on my shoulder tightens and oh heavens! Her hands come clapping at my skin…

But today, as I make the trip in the morning from Dansoman to the nation’s voice box at Faanofa, Kokomlemle, I sometimes gloss my eyes off the screaming warning on the wall.

The kiss I speak about is only likened to how seemingly lovely and harmless acts affect us as a country.

All through this week, it’s been a barraging war against the worsening sanitation problem in the capital.

Everyone (and I do mean everyone) from the waakye seller at my junction to Mr. Kudjoe, the proud father but economically shaken, and the hundreds of callers who vent their spleen on radio and tv discussion programs, is worried the sanitation situation is getting out of hand.

But somewhere in the cacophony of tongue wagging agitations, one silent cause lies idle, watching us al: Poor Planning.

The Accra Metropolitan Assembly, the Local Government Ministry and the Finance ministry have their hands soiled with tonnes of garbage and a potential health crisis tapping at their office doors.

Mayor, Alfred Vanderpuiye certainly has a plan for Accra. And like all assemblies, they draw up plans for the year and I am cock sure sanitation was top of their plans.

Unfortunately, the fine print of the plan still remains in the office, tucked away in a corner. Implementation? Lets just say its simmering on the stove, will cook up nicely SOON.

The Local Government Ministry has been talking tough on best efforts and marshaling their best team to handle the situation. But, the gavel they struck has come too late in the day and their oversight responsibility has stayed cold. Don’t know why though.

The Finance Ministry? Sure. And if you are asking where they fit in the mix, I will show you.

A parrot (and a gossip at that) whispered to me that the Local Government ministry has been in a tug of war with the Finance Ministry to release funds to handle the situation but the cheques don’t seem to clear. Dud cheques? No written cheques? Can’t tell. That’s where the trail went cold.

I have seen a notice from the man from academia Lloyd Amoah to the effect that a march (the Clean Accra march) beckons but has been frozen by the Ghana Police since clearance has not been given.

Whenever this march happens, it will surely not be a nice one with people smiling and waiting to drink some beverage at the convergence point. It will be one full of anger and negative emotion.

Till then, I also pray that female anopheles (waafe n’ese) mosquito will not kiss any of us with the lipstick they picked up from the new refuse dumps springing up in town.

Damian Marley echoes the aspirations, which must guide our new breed:

"This generation will make a change.

We must wake up O sleeping sons of Jacob

For what tomorrow may bring

May a better day come

Yesterday we were kings".

But can you answer this question- who are we today?

[Francis Abban is a broadcast journalist with Multimedia Group Limited. These are his views and they do not reflect the views of the company he works with | Twitter:@francis_abban, Facebook- Francis Abban].