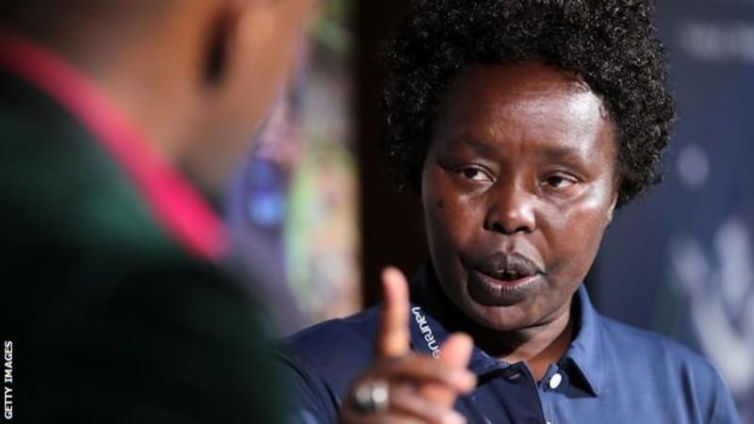 The growth of high-tech shoes has coincided with a number of world records being set in endurance races in recent years.

Critics argue such shoes give the wearer an unfair advantage and Kenya’s Loroupe believes they should be banned.

“I’m not a fan of that because there is no human energy,” she told BBC Sport.

“You are cheating, you are not a hero because you don’t use your own strength.

“You can have a faster shoe [but] what about those who cannot afford, it’s almost like doping, for me there is no difference between doping and having a faster shoe.”

In 2020, World Athletics tightened its rules around high-tech shoes, including banning the Nike ‘Alphafly’ prototype shoes worn by Eliud Kipchoge when he became the first athlete to run a marathon in under two hours in October 2019.

Nike has said it “respects the spirit of the rules” and does not “create any running shoes that return more energy than the runner expends”.

Loroupe, who will be the chef de mission for the refugee team at the Tokyo Olympics this summer, said: “[It’s] good to have shoes but to have this element that other athletes cannot afford, it’s wrong. For me, the shoes should be banned so that people can trust themselves, they can train and see that I am able to do.

“We ran without shoes and when we got shoes, it’s just normal shoes, but we still broke the world record.”

Loroupe, 47, was the first African woman to hold the marathon world record, which she set in Rotterdam in 1998 and held until 2001.

She twice won the New York marathon as well as winning in London and Berlin.