Terkper on why we should protect the VAT base - MyJoyOnline.com

Terkper on why we should protect the VAT base 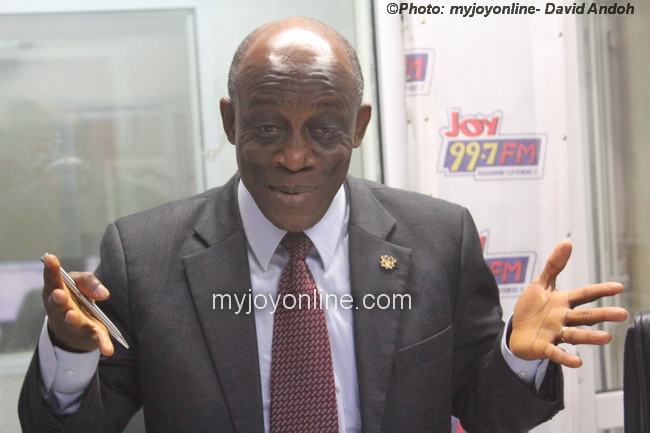 Former Minister of Finance and National Coordinator of the Value Added Tax (VAT) Project, Mr Seth Terkper, has expressed his opinion on why he thinks the VAT base should be protected.

The Finance Committee of Parliament is to submit its report to the House on the VAT 12.5%); NHIL 2.5%); and GETFund levy 2.5%) Bills. As argued, in relation to the VAT and levies, the following items show the inevitable importance of the current VAT Act, as defining Ghana's general consumption tax base.

A) Base for calculation VAT & levies: VAT Act

B) Scope of Exemptions: VAT Act, as saved in Levy Bills

We have argued, already, that the essence of the proposals is simply to block Input Tax Credit (ITC) for the NHIL and GETFund portions of the consolidated base of 17.5 per cent. The other change is to move the embedded GETFund rate to a new law.

While not specific, we are certain that the import tax component of the NHIL and GETFund levy will also be collected as though they were import duties, as defined in the VAT Act (as derived from the Customs Act).

Could these have been done with an amendment to the VAT Act to block the Input Tax Credit (ITC) for NHIL and GETFund purposes? My humble submission is "Yes". Instead, what we have done is to increase the complexity of a simple consumption tax regime and its compliance with multiple structures.

We are confusing the allocation or earmarking of budget resources for health and education purposes, after the collection of the substantive taxes and levies.

A good example is the pooling of petroleum revenues under the PRMA. We use income tax, royalties, sales of state share, rent, etc to collect revenues. We then allocate to the Stabilization Fund, Heritage Fund, and ABFA without the for separate tax or levy instruments.

Ghana runs the risk of not being taken seriously with our backward move to reinstate the multiple consumption taxes (i.e., sales tax, service tax, super-sales tax) that the VAT replaced

Besides their collection as import duty, may I then propose that a further explicit amendment is moved to the NHIL/GETFund Bills to allow Registered Businesses for VAT to continue using a single VAT Return to meet their obligations for the three (3) compositions. They will simply not offset the ITC against Output Tax, as they currently do with Exempt supplies.

This will ease the task for both Registered Businesses and Ghana Revenue Authority (GRA). We can figure out how MOF and GRA can allocate the amount collected, as we have been doing already.

Is there something more subtle to what we are doing, which is why we had to set aside a simple and straight forward increase in the VAT rate? In itself, this would not have been advisable since Ghana would have joined the outliers in moving from the margins of a reasonable VAT rates.

Perhaps, after 20 year of VAT, it is time to smoke the peace pipe among technical and political adversaries and move on as a nation. This will help businesses, taxpayers, and tax administrators to perform efficiently and pay reasonable taxes.