The boy is mine: How ugly it looks when two girls fight over a lover 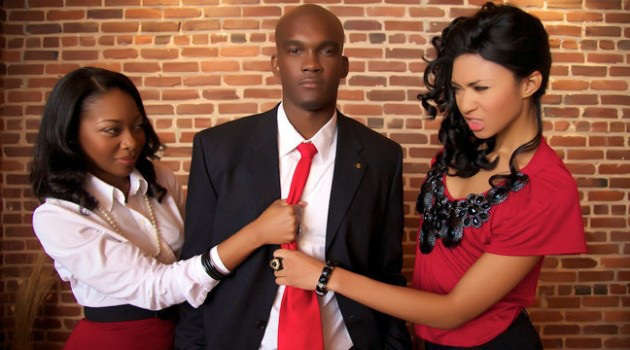 Back when I was in university, there were these two girls I knew. They were friends and found themselves in the hairiest situation two friends can find themselves in; they had both fallen for the same guy.

They decided to be ‘mature’ about the situation by talking it out and coming to an agreement as to who between them was going get him. I found the whole incident ridiculous.

All I could think of was they could call dibs or draw straws or whatever as much as they wanted but at the end of the day, what did he want?

While they were each pleading their case as to why it should be the other one who should back off, did they stop for a moment to think about what his feelings were?

Did they think that he was just going to date whoever ‘won’? What if he had a crush on the one that ‘lost’ or, what if he didn’t even like any of them? I have been in such a situation myself.

After high school, I became very close with one of the girls from my school and later on, we found out we had a crush on the same guy.

While we both really liked him and we both thought we would be the best fit for him, we decided we weren’t going to do anything about it. We were just going to let fate work it out.

Ultimately, he was going to come after the one he wanted. In the end, he chose me and I can assure you there was never any bad blood between me and my friend (not that I know of anyway). She wished us well and we continued being friends.

While I applaud the girls above for choosing not to fight over the guy, it was stupid of them to assume that it was up to them to decide who he was going to date. You can never predict who a man is going to like. Chemistry doesn’t work like that.

They should have done what my friend and I did; they should have both backed off and waited for him to make it clear who he was interested in. Imagine winning the right to go after him only to discover that he is actually interested in your friend, not you. Yikes! That would hurt!

Don’t fight over him or turn it into a contest. Let him choose. If he chooses you, great!  If he chooses your friend, wish them well and let it go. That is how dating works. You lose some, you win some. You can’t make someone like you.

If it is not meant to be, you can’t force it. We have all at one point or another liked guys who didn’t like us back and it stings but you have to let go. It can take a toll on your self-esteem if a guy you like chooses your friend over you but the trick is not to allow yourself to wallow in self-pity.

No matter what happens, your friendship should be your top priority. Men are a dime a dozen but true friendships are hard to find. I will never understand women who throw away years of friendship all over a man they met last week. Men come and go. No man is worth losing a friendship over.