The private-sector is no panacea to Ghana energy problems – Expert 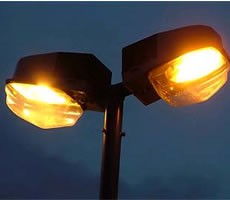 Leslie Haruna Nelson, the Western Africa Regional Executive for General Electric – Manufacturers and suppliers of power generation machines and equipment – has said that private-sector participation in the energy sector is not the real and only solution to the power problems confronting the country.

Ghanaians have over the years experienced erratic power supply but numerous interventions by government seem not to be solving the problem. Over the last few months, the citizenry have had to contend with a load-shedding exercise which has also proved to be ineffectively managed.

The solution to power problem is not a simple one, he said, “There isn’t really one single-bullet or a single panacea to the problems.”

He said a much better approach will be collaboration between government and the private sector to ensure an efficient and effective way to deal with the problem.

Mr Nelson however believed that encouraging independent power producers to invest in the sector “is the first step” which seems to be working throughout the sub-region.

For instance, he claimed that 65% of the progress realized in energy production in Africa was by independent producers.

Already, he added, there is some sort of private-sector participation in energy production but stressed the difficulty now has to do with how to run the transmission more efficiently, optimizing how the distribution component works in terms of efficiency and reducing loses.

To succeed in resolving this challenge in Ghana, Leslie proposed an integrated approach, along with the appropriate investments and the removal of systematic restrictions.

Again, he said government must provide the right regulatory framework with the appropriate clarity, friendliness in negotiation, timely initiation of international competitive bids and contract expertise to conclude these agreements.