The receding deadlines of Akufo-Addo’s Agenda 111 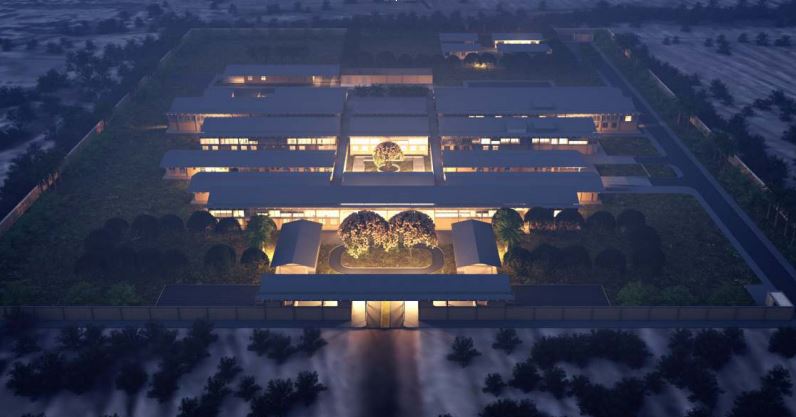 It is has been touted as the largest investment in healthcare infrastructure in the country since independence.

The Agenda 111 project, birthed at the height of the Covid-19 pandemic, was supposed to see an ambitious effort to improve healthcare delivery quality and bridge the inequality in access to healthcare nationwide in the shortest possible time.

There will also be the construction of a regional hospital in the Western Region and the renovation of the Effia-Nkwanta Regional Hospital.

Its objective is to provide quality healthcare delivery at the district level.

Since the President announced the initiative back in 2020, the beautiful David Adjaye-designed artistic impressions of the vision are yet to manifest.

During his eighth address to the nation on measures taken to combat the spread of the virus, President Akufo-Addo made public this plan to the people of Ghana.

It did not start as 111 from the onset. Instead, that Sunday night of April 26, 2020, he detailed the plan to build 88 district hospitals across the country.

He promised Ghanaians that the project will be completed by the end of the year.

“Each of them will be a quality, standard-design, one hundred bed hospital, with accommodation for doctors, nurses and other health workers, and the intention is to complete them within a year,” he said.

Four months after the initial deadline, top government officials assembled in Trede in the Ashanti Region on August 17, 2021.

The President’s mission was to cut sod in the Atwima Kwanwoma District to mark the beginning of the hospital projects across the country.

But the number had been increased to 111, while a $100 million start-up fund had already been secured through the Ghana Investment Infrastructure Fund (GIIF).

At the time, the President said, “so far, sites have been identified for 88 of the 111 hospitals, and after cutting the sod, work on the other 87 sites will also commence today.”

However, the period for completion was also extended again.

“…all the hospitals are to be completed in 18 months, and works will begin on the regional and other hospitals in the latter part of the year,” he told the chiefs and people of Trede.

This meant that at least 88 health facilities are expected to be ready for operationalisation by February 2023.

Eleven months more into the February 2023 timeline, the date has seen another unexpected revision.

In his latest address, President Akufo-Addo had rolled back many of the restrictions imposed as part of measures to curb Covid-19 in the face of reducing infection rates and the advice by health authorities.

Announcing the lifting of bans on large gatherings and the wearing of facemasks, the President further added that his administration was committed to completing all projects under the Agenda 111 initiative.

Delivering his 28th address on the pandemic, declared that the healthcare infrastructure project would now be completed by the end of his tenure.

“Work is currently underway, and before the end of my tenure of office on 7th January 2025, all 111 hospitals would have been commissioned,” he said on Sunday.

No information on Agenda 111 in our custody

In January this year, the Health Minister, Kwaku Agyeman-Manu, had indicated that the project had seen 35% progress.

Earlier this year, JoyNews requested information on the progress of the construction. Pursuant to the RTI Act (2019), ACT 989, the JoyNews Research Desk, on February 11, wrote to the Ministry seeking copies of the policy or policies underpinning the project, project proposal including feasibility studies and funding sources secured and a list of all districts where projects will be sited.

But the Ministry, in a reply on Monday, March 21, said, “Per our records, we do not have the information in our custody.”