There is no selective application of RTI law – Executive Secretary 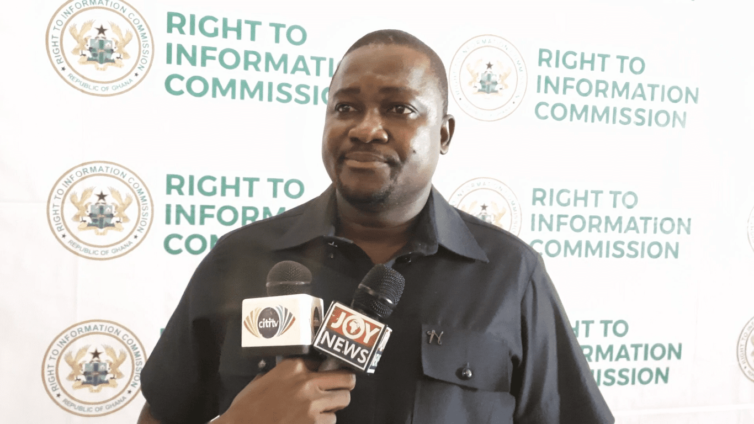 The Executive Secretary of the Right to Information (RTI) Commission, Yaw Sarpong Boateng, says contrary to public perceptions, there is no selective application of the RTI law.

According to him, such assertions are not true, therefore should be disregarded.

Speaking in an interview with Emefa Apawu on The Probe on Sunday, he emphasised that in the execution of its duties, the Commission implements the law without fear or favour.

Mr Boateng said the Commission takes time to diligently get to the root of the issues which are brought before it, which sometimes creates some unintended delays.

The delays, he said do not happen because of discrimination, but rather the Commission’s desire to address issues in a manner that is fair to all parties.

“When anybody just sits anywhere and just says [the RTI Law] is being applied selectively, I think that we are not being fair to the process”, he added.

He continued: “We are not taking any pressures from anybody in carrying out our functions. And so far we have done so diligently. We have made decisions against public institutions, against governmental agencies. So it is for the public to tell, whether the Commission has lived up to expectations

The RTI Commission was established to implement the RTI law and also resolve cases between citizens and public institutions, when the need arises.

Since its inception however, there have been a lot of complaints about how the Commission carries out its mandate; with some accusing it of being discriminatory.

One of such grievances has come from persons who used the RTI law to seek information on the cost of the President’s external travels.

According to them, despite having made the request in February this year, they have still not been able get the information, and attempts to get the Commission to address their difficulties have not yet yielded the desired results.

Reacting to this, Mr. Boateng said the Commission is aware of the issue and is working to ensure that the right thing is done.

He said, the request for the cost of the President’s travel, involves Parliament as well, therefore the Commission is taking its time to diligently resolve the matter; adding that the wheels of justice grinds slowly, but eventually gets to an expected end.

Meanwhile, the Commission says it is continuing to engage public institutions to make the implementation of the law very effective.

DISCLAIMER: The Views, Comments, Opinions, Contributions and Statements made by Readers and Contributors on this platform do not necessarily represent the views or policy of Multimedia Group Limited.
Tags:
Cost of Presidential travels
RTI Law
The Probe
Yaw sarpong Boateng