There’s no rivalry between Nana Ama Mcbrown and I – Mzbel 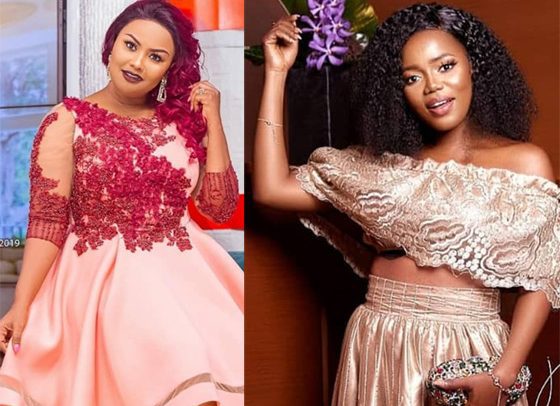 Hiplife artist, Belinda Nana Ekua Amoah, popularly known as Mzbel has come out with a rebuttal to claims that there is bad blood between her and actress Nana Ama McBrown.

According to the singer, people are making a mountain out of a molehill in the case concerning her comments that Baby Maxin resembles her paternal grandmother.

Recently, celebrating Maxin’s 1 year anniversary, Nana Ama posted some pictures on Instagram with herself and her daughter dressed in traditional apparel and happily smiling at the camera.

Mzbel commented “wow she looks so much like Max’s mum” which generated a lot of comments describing the singer as shading Nana Ama that her daughter does not resemble her.

In an interview with Joy News’ Noella, the controversial artist explained that she was shocked by the kind of attention her comment generated.

“I shared my view, my opinion and it’s a big deal, I was attacked. Saying somebody looks like someone is a big deal?” she quizzed.

Mzbel stated that her comment was not to hurt Nana Ama McBrown or continue any supposed beef between them.

She also commended the actress on having a heart of gold for gifting an orphanage a 100 seater canteen to celebrate her daughter’s first birthday.

DISCLAIMER: The Views, Comments, Opinions, Contributions and Statements made by Readers and Contributors on this platform do not necessarily represent the views or policy of Multimedia Group Limited.
Tags:
Mzbel
Nana Ama McBrown