This product promises to get your bowels moving - MyJoyOnline.com

This product promises to get your bowels moving 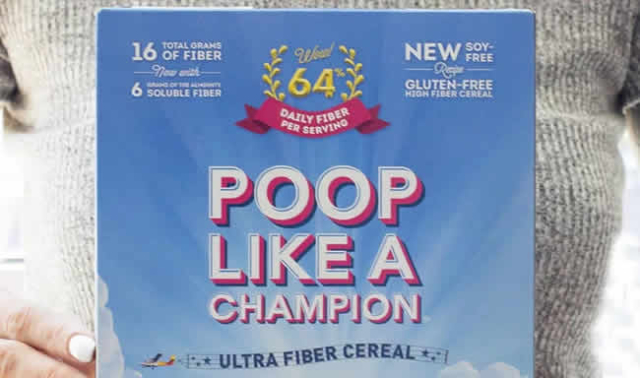 It sounds like the sarcastic name of a product you’d expect to hear in a satirical sitcom like The Simpsons, but Poop Like a Champion is an actual cereal that can allegedly get your bowels moving like nothing else.

Advertised as “the ultimate colon cleansing formula” or “the number one high fiber cereal for number 2’s”, Poop Like a Champion cereal is packed full of fibers and designed specifically to help you get those bowels moving.

Its creators aren’t ashamed to admit that it’s not the greatest tasting cereal money can buy, but it’s not meant to blow you away with its amazing flavor, it’s meant to help you go potty, and apparently, it’s very good at doing that.

According to my limited research, it’s a combination of corn bran and physllium, sorghum flour and inulin, and each 1/2 cup serving contains 16 grams of fiber, or about 64% your recommended daily allowance for an average 2,000 calorie diet. 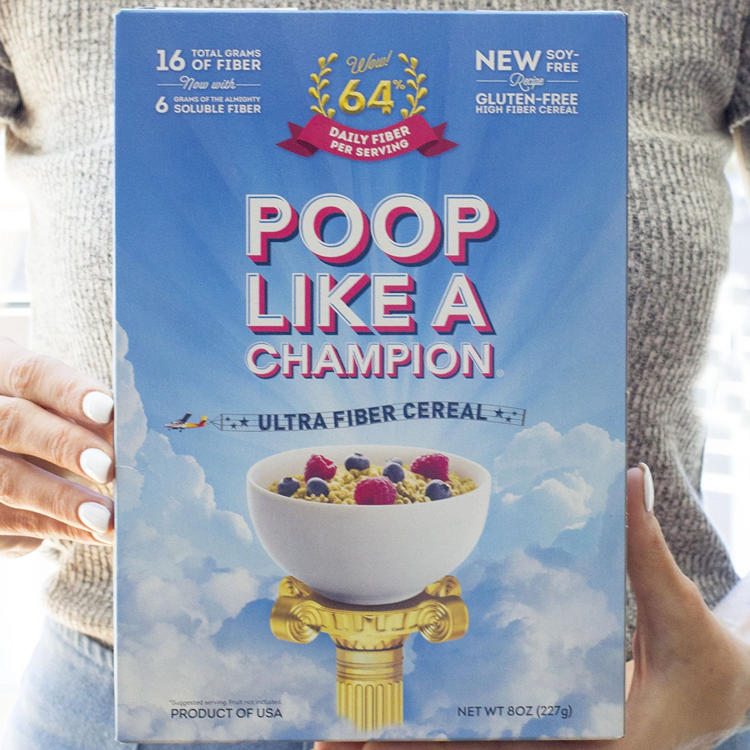 According to many of the over 310 reviews, Poop Like a Champion cereal has on Amazon, most of those who bought it did it to prank their friends, but ultimately ended up trying it themselves after hearing how well it worked.

“I purchased this for someone else as a funny, but useful, item,” one person wrote.

“Flavor is plain, however, the results are just plain FANTASTIC!!! PREPARE yourself for some ‘Reading Room’ gymnastics if ya get my drift!!” another happy customer commented. 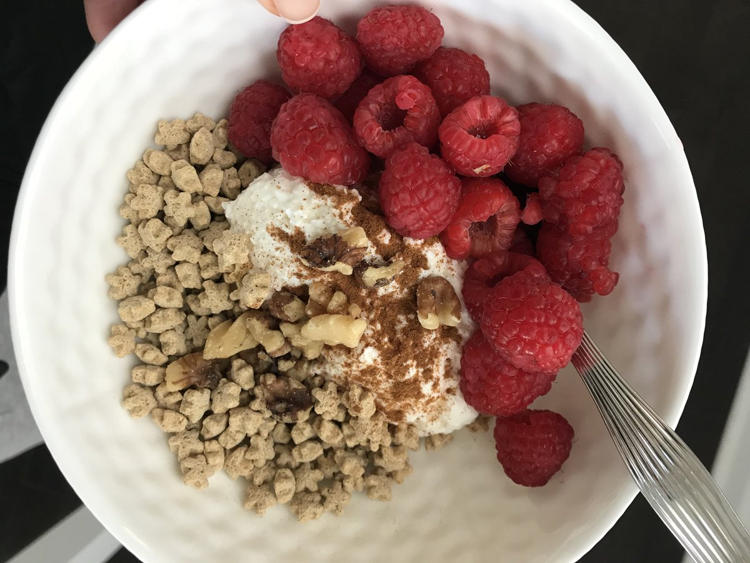 As I mentioned, the flavour isn’t the strong point of Poop Like a Champion, and neither is looks. Frankly, it looks like dog chow and the fact that it tastes like cardboard doesn’t help much either. But you can always add some sugar and berries to make the taste bearable.

And if somehow Poop Like a Champion doesn’t live up to its name, some people suggest combining it with a Squatty Potty for some truly fantastic results. Or you could just adopt a balanced diet, get some exercise and stay hydrated. Then again, I guess you could always do worse too, like constantly turn to laxatives.